Today was a hot and humid day in Columbia, South Carolina at 92 degrees, but it was cool in comparison to the temperature of the fires burning in the hearts of the NAACP marchers. The message was clear: Equality is a must and the broken cycle of inequality must come to an end. If you don't know by now, I'm speaking about the NAACP's Journey for Justice March. The Journey for Justice March is a 860 mile march that spans through 5 states, starting on the Edmund Pettus Bride in Selma, Alabama and ending in Washington D.C. on September 16th. While on their stop at the Statehouse today for their "Rally at the Capitol" various speakers spoke out against various social ills.

Vince Ford-(Education Chair of the SC NAACP) spoke out about the education disparity issues that are faced by low income schools and the graduation rates among people of color compared to their white counterparts.
Virginia Sanders-(Sierra Club/Sustainable Midlands) gave a very informative and eye opening account of what is happening environmentally in predominately African American & low income communities regarding industrial facilities and the chemicals being dumped in the air and waters of those areas.
Joe Neal-(State Representative, District 70) gave a very fiery speech about the broken justice system that many of us have grown very well aware of. He dissected modern day slavery and how even here in South Carolina we have a big issue with corporations exploiting prison labor. He brought many statistics to the table and even gave a snapshot of how American's prison system looks in comparison to all of the other countries of the world.

The diversity of the marchers is what really hit me the most. There were young, old, white, black, men, women, and various different religious backgrounds all marching together for a single cause. A little more than halfway completed with the march, there have been many appearances made by strangers with a marching force that reached 250 at one point in time. The marchers have had great allies, including countless numbers of Rabbis and police jurisdictions that saw to their safety as they marched through busy and traffic laden areas. It has been said that there are about 12 people that have committed to the whole entire 860 mile stretch. All of the marchers are extraordinary individuals but there is one that I feel deserves direct recognition in this post. His name is Middle Passage. Middle Passage (a name inspired by the rough journey that slaves during the 17th and 18 century embarked on to get to America) has had 5, that's right FIVE open heart surgeries dating back to the 1980s. Not only is Middle Passage a survivor, he is also Merchant Mariner veteran of the Navy. During his service in the Navy he worked a supply line that delivered ammunition across the Pacific ocean to Korea. When the rally was over I took a few minutes to speak to him off to the side. I immediately thanked him for his dedication to the cause and his response was simple. "There's nothing else I'd rather be doing" and went on to say that he didn't even give it a second thought about marching the 860 miles. The respect I gained for him grew 10 fold. He has dedicated his life to fighting the good fight in the name of civil rights. We shared our various experiences regarding things that have unfolded the last few months, it was almost like I've known him my whole life. Before they left to board the bus for their next stop, he left me with some advice that I promised to stick to. "Continue educate the young, they are our future, too many people have given up on them" he said. The deal was sealed with a firm handshake. 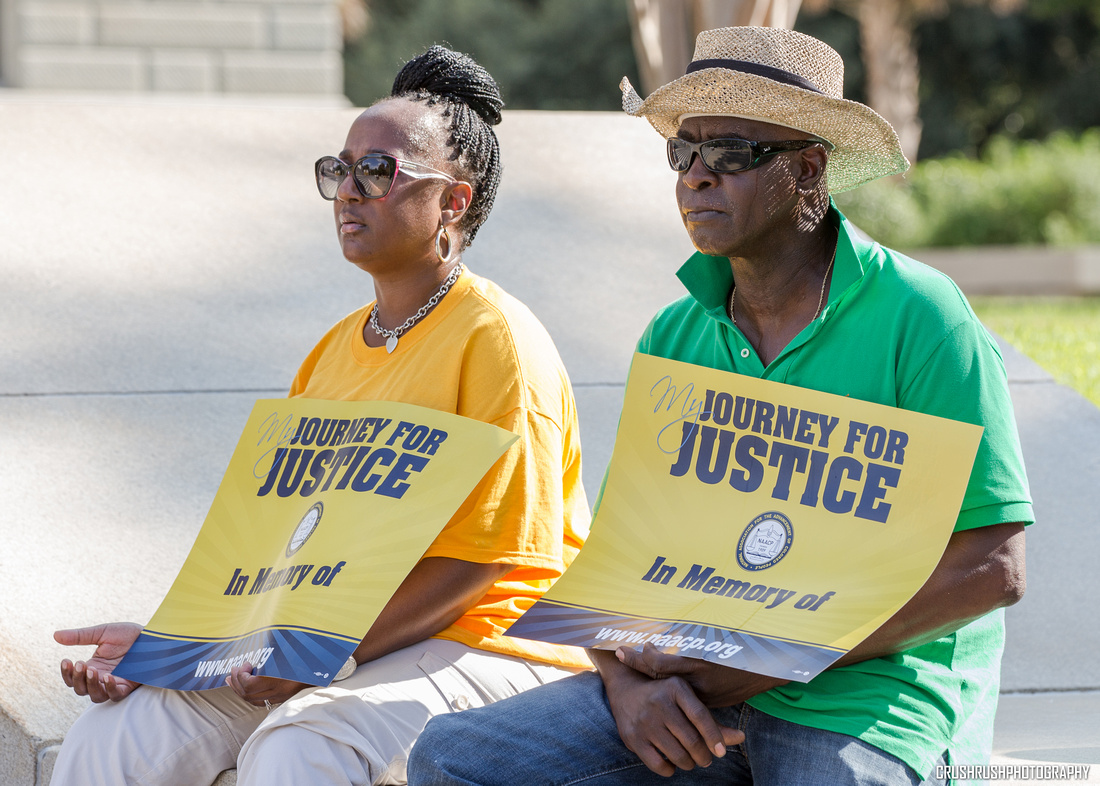 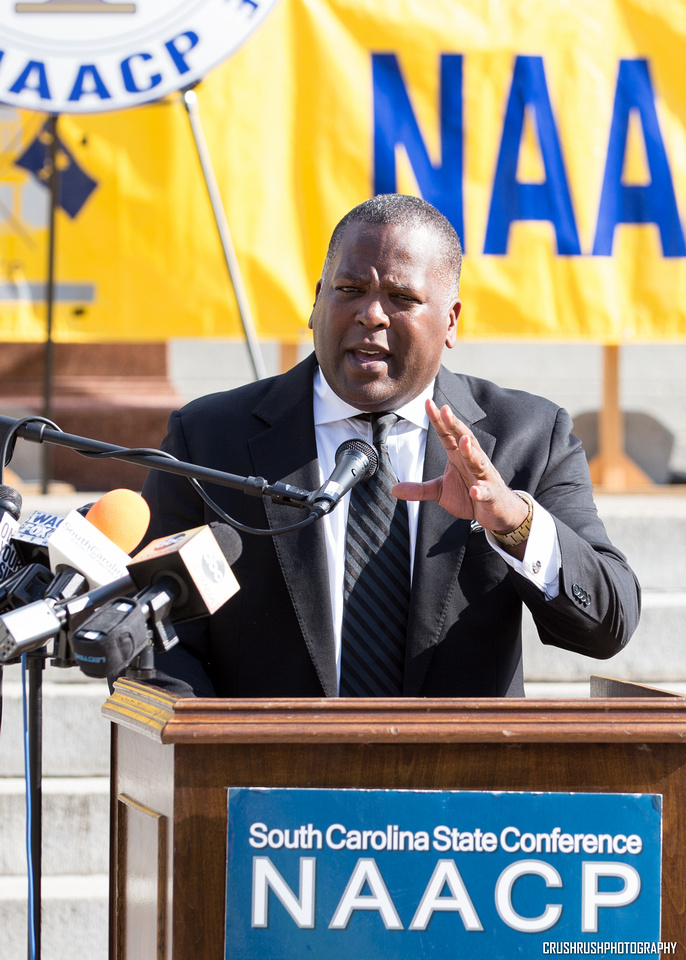 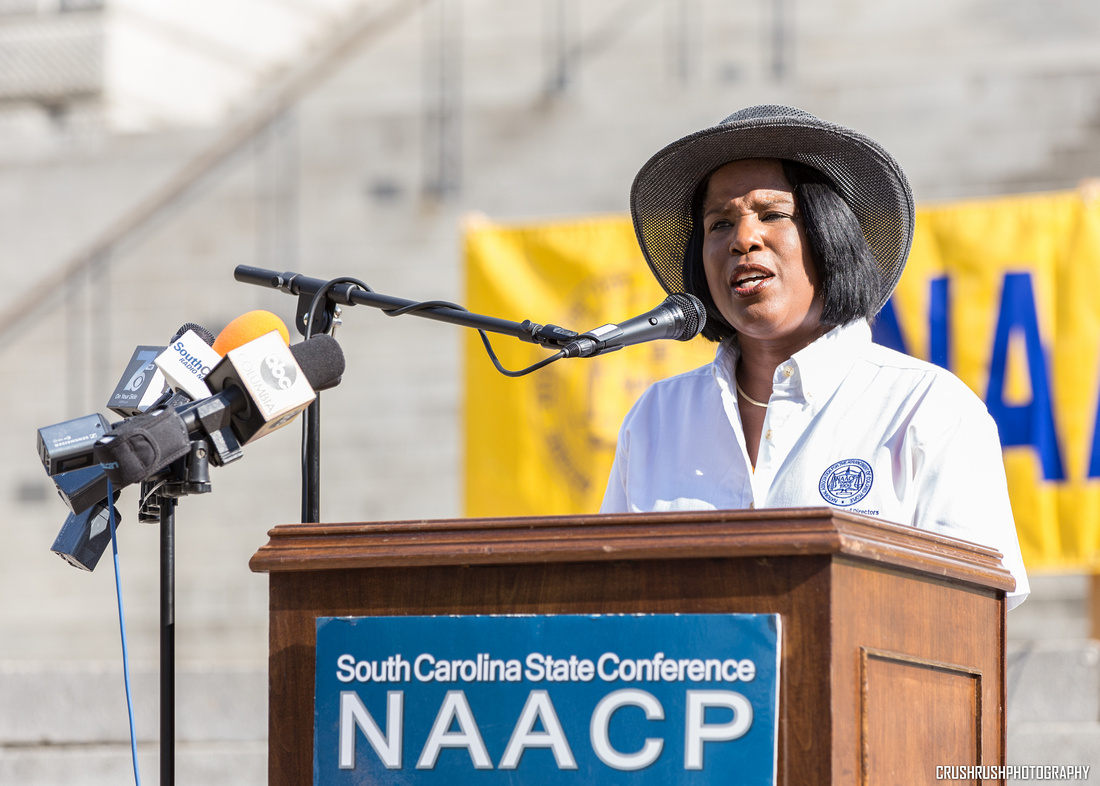 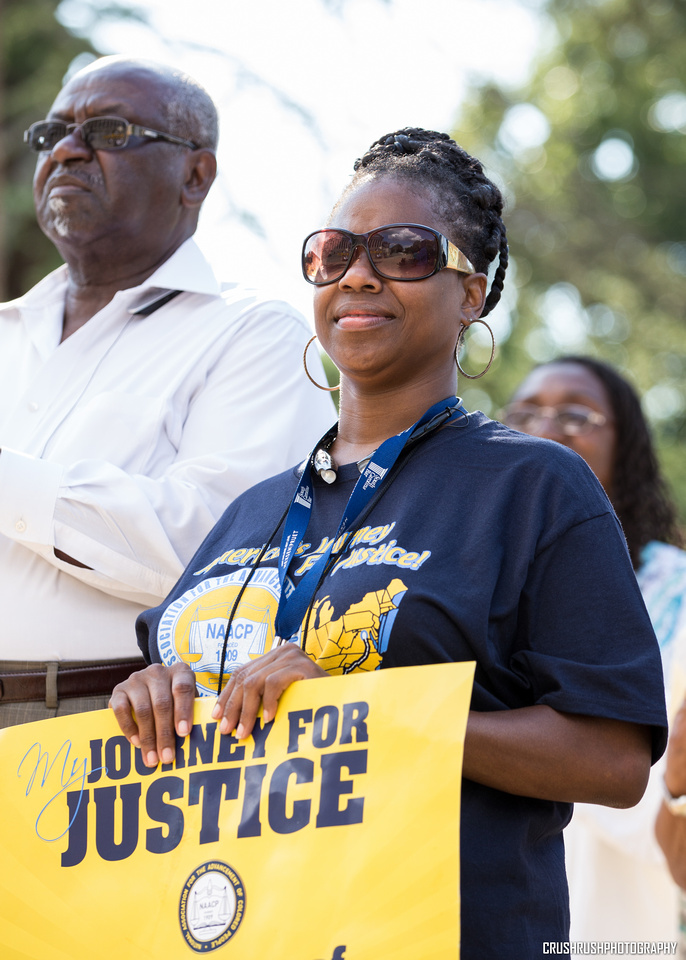 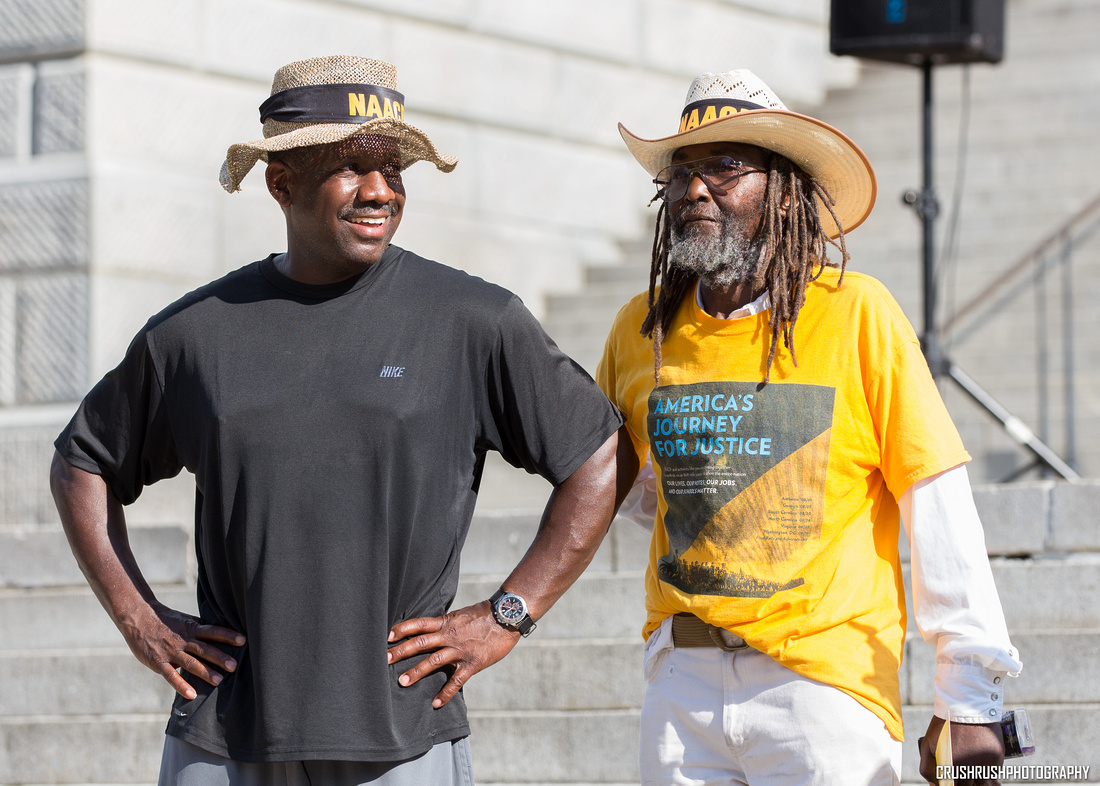 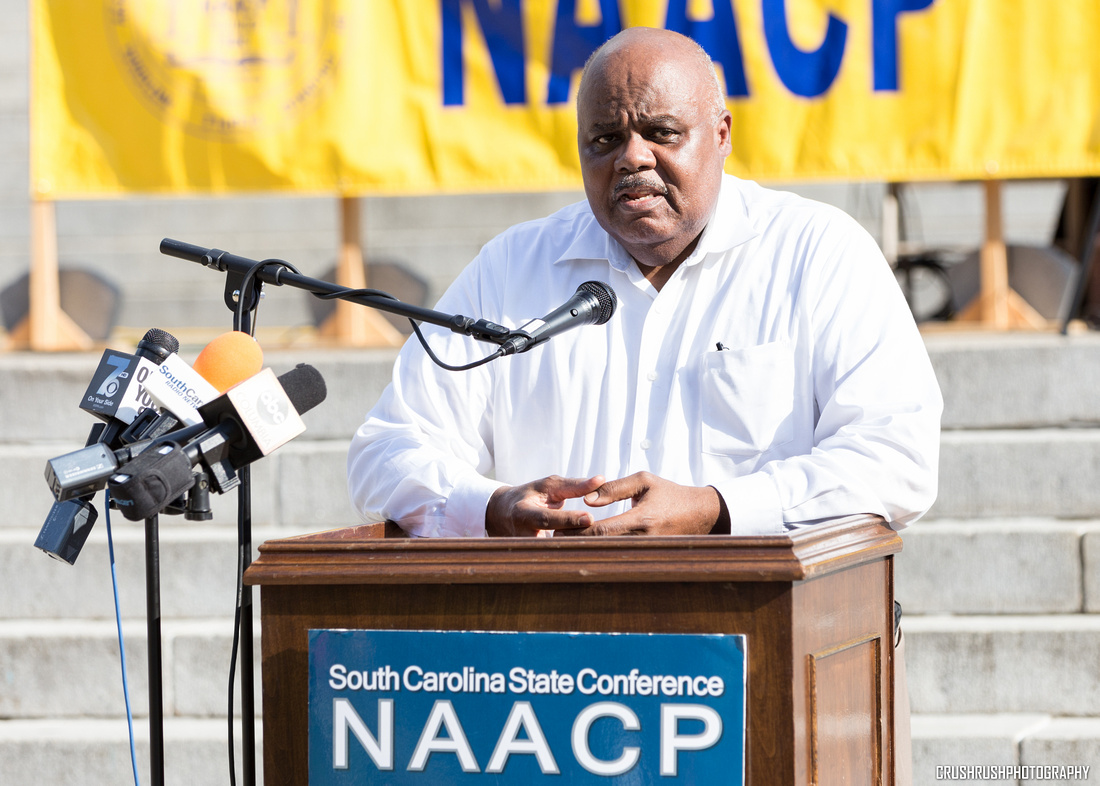 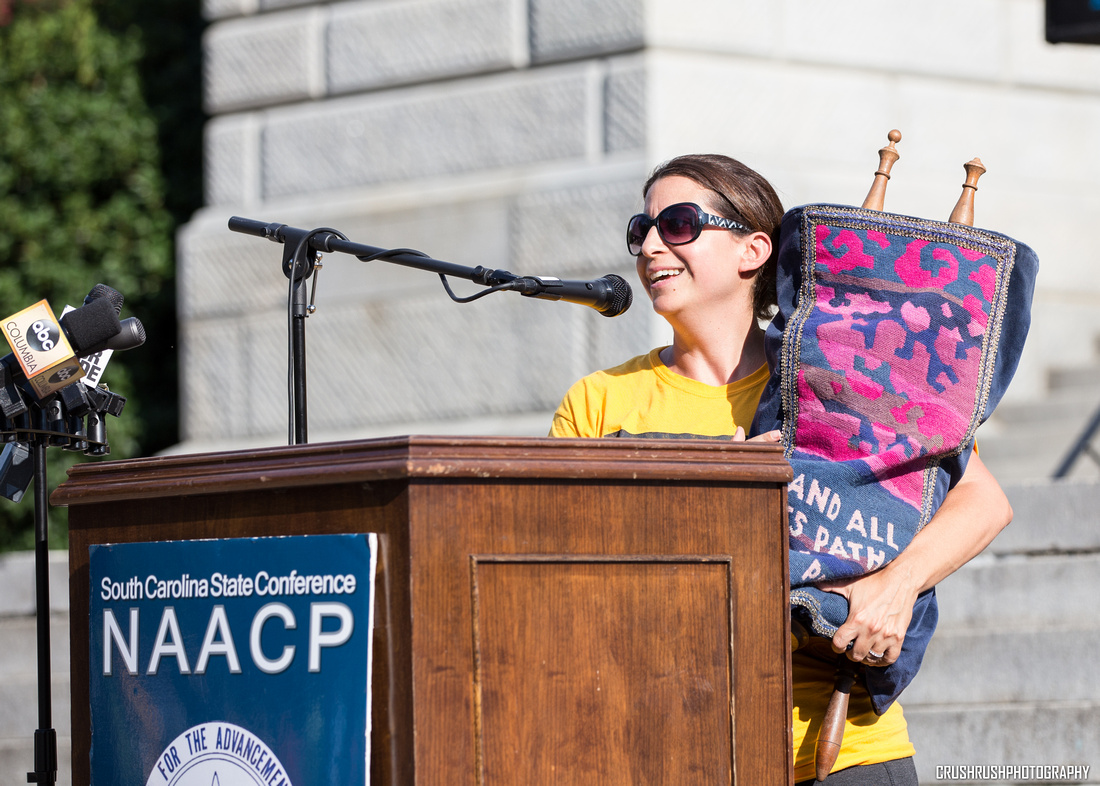 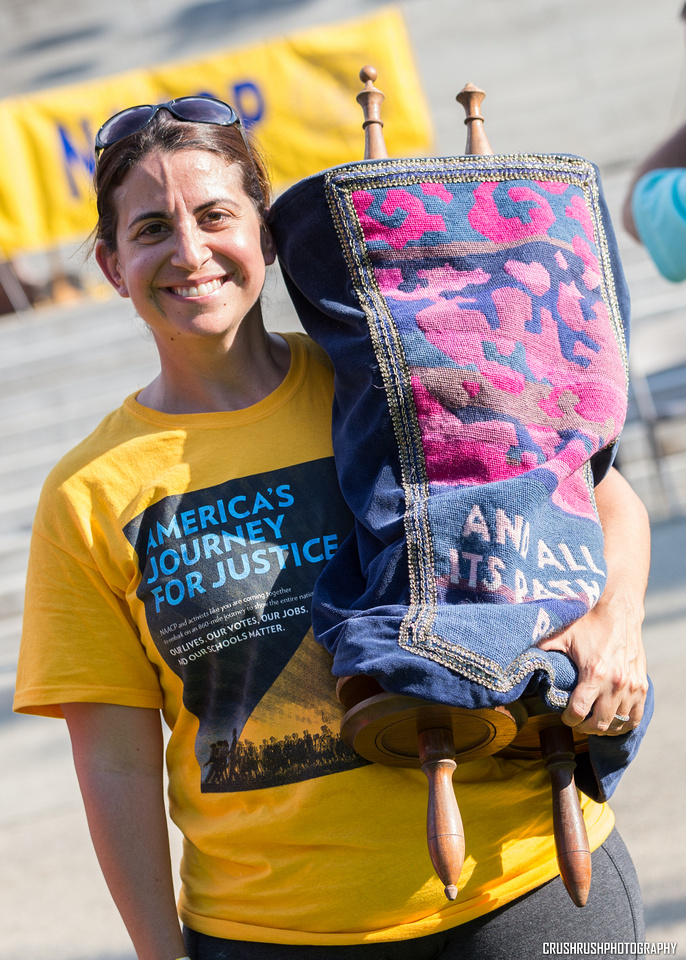 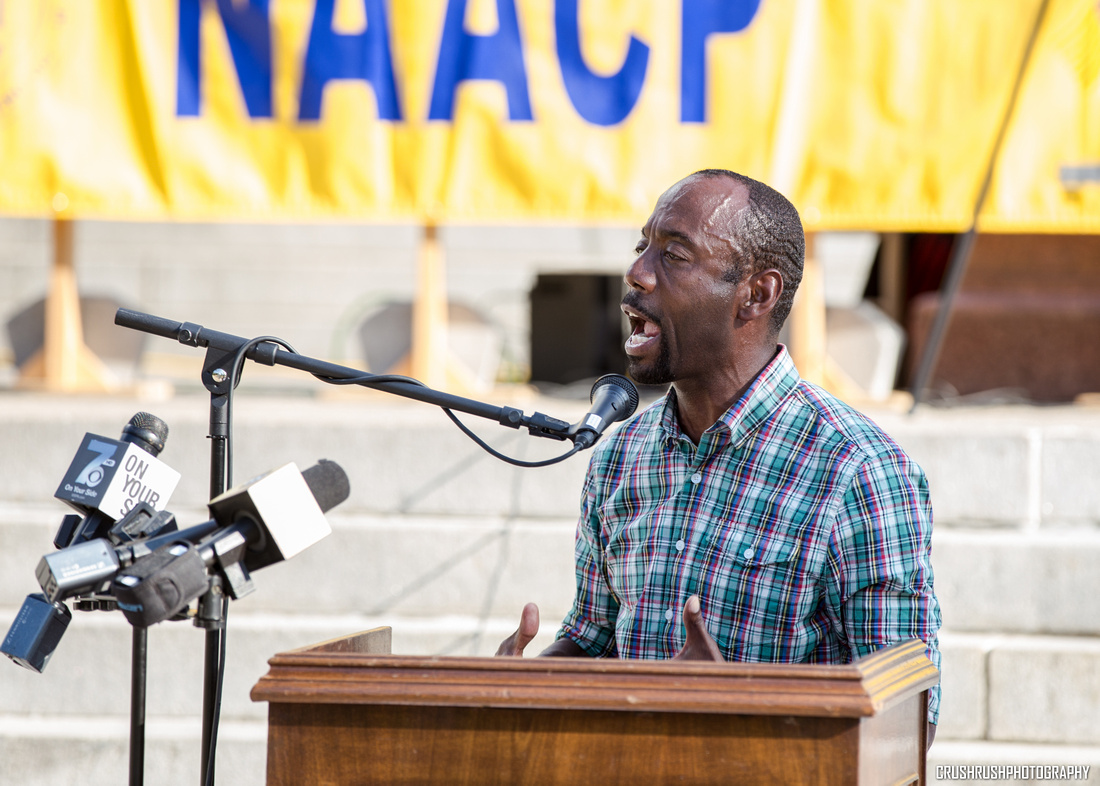 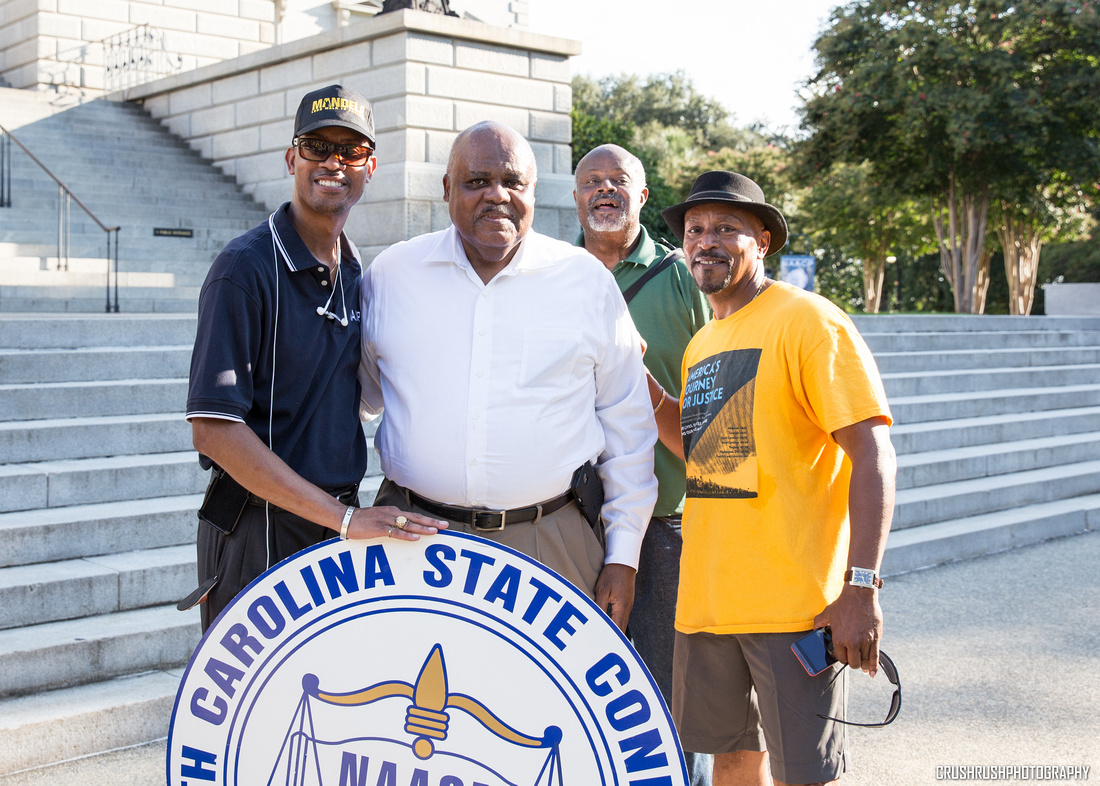 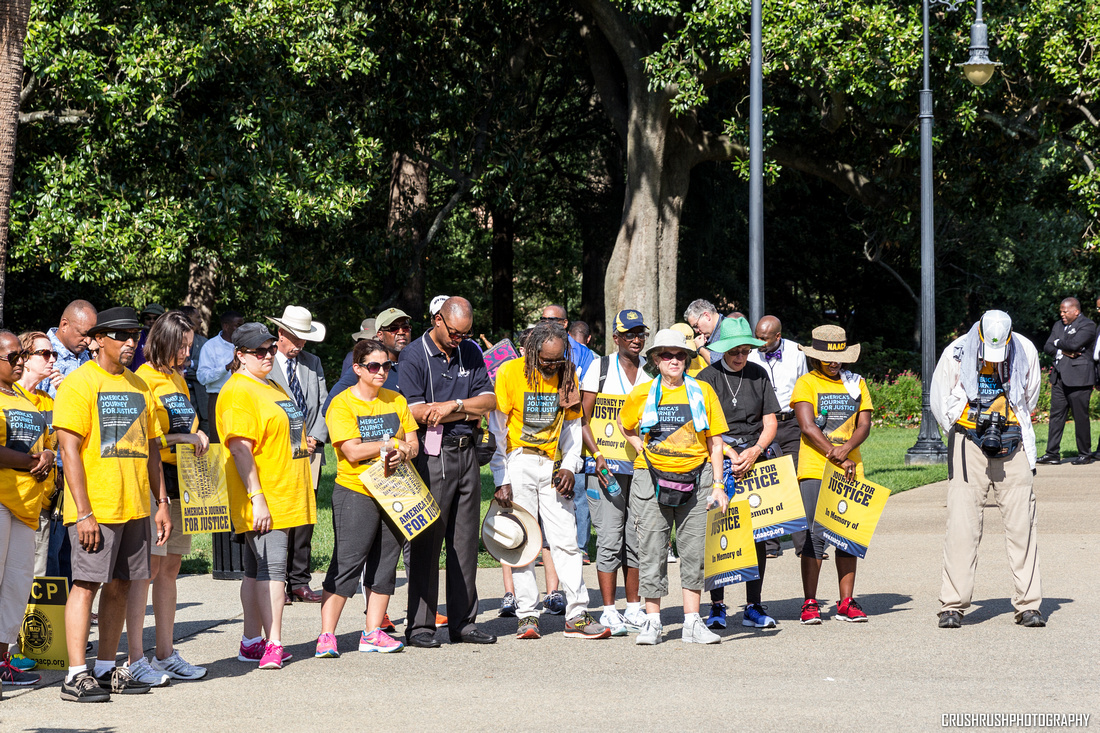 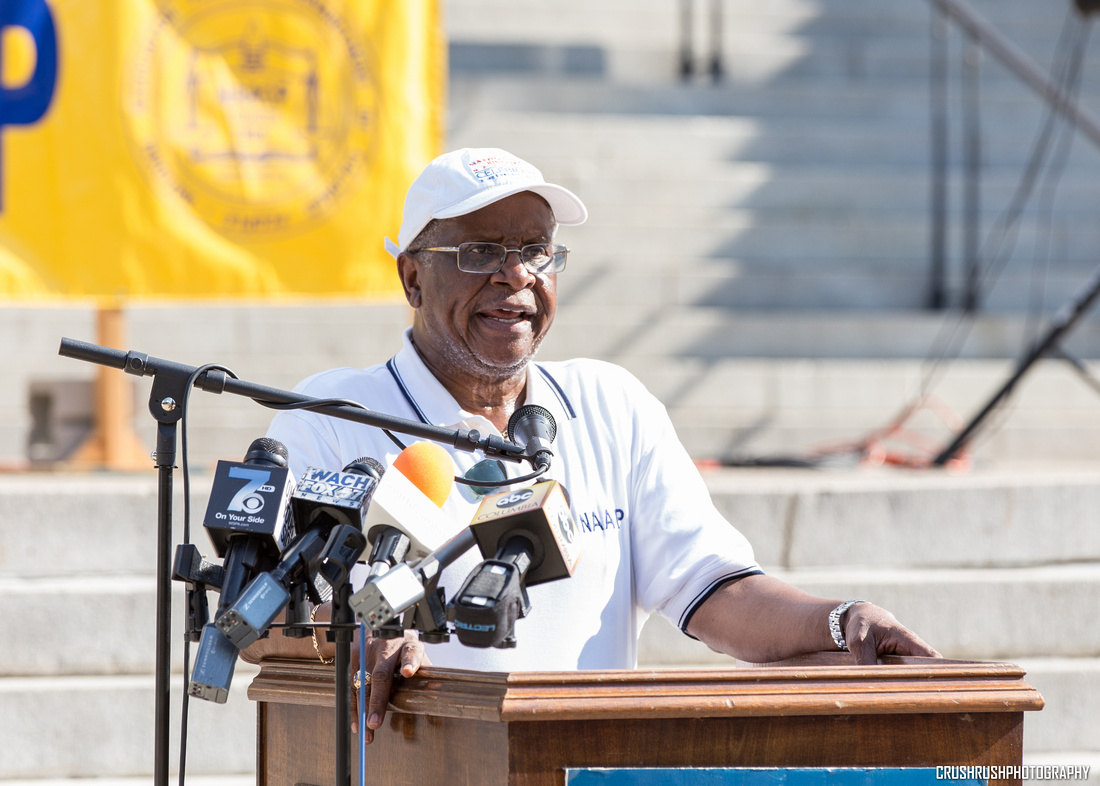 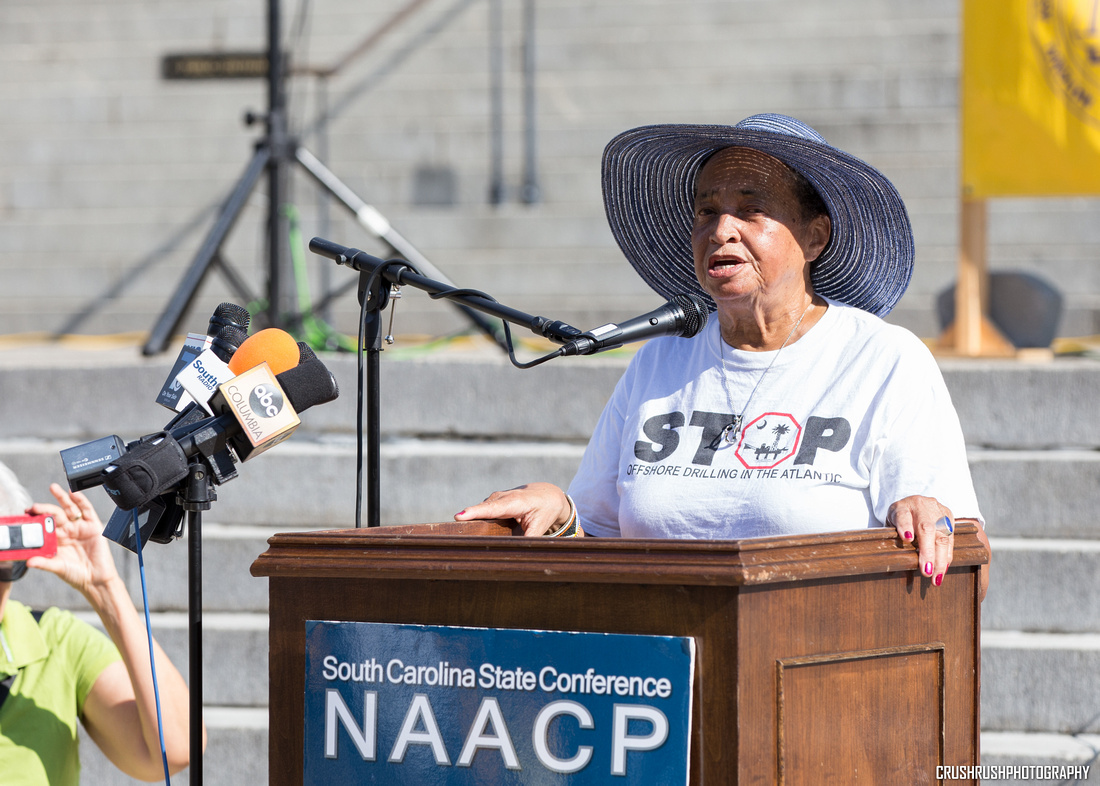