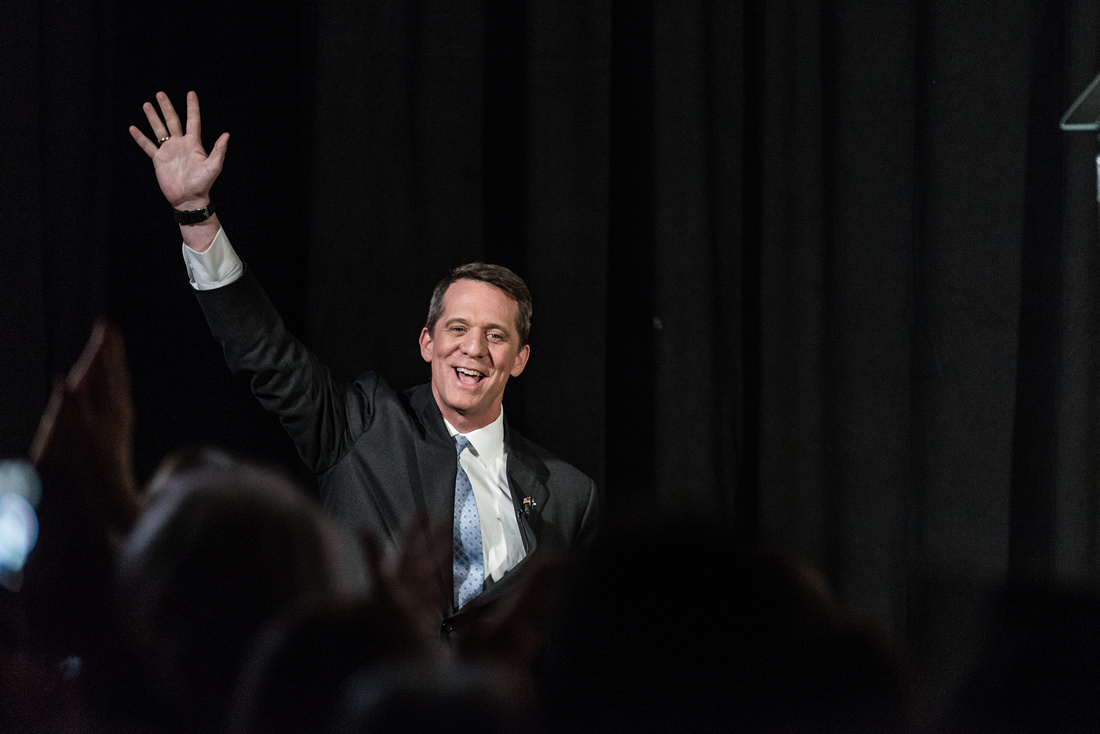 James Smith waves to the crowd as he makes his way to the podium during his campaign kick-off party held in Columbia on October 17, 2017.

Have you heard about the 50 year old, decorated war veteran, experienced lawmaker, and father of four running for South Carolina Governor? If you haven't heard his name since his announcement to run on October 5, 2017, let me introduce you to South Carolina democrat James Smith.

It all started on a hot September day when the Columbia attorney James Smith walked in the Chapin Labor Day Parade introducing himself to many of the estimated 15,000+ in attendance. Even tho there was no formal announcement at that time, many people speculated that a higher office run was in the works for Smith. Smith, who is no stranger to South Carolina politics, has been a member of the South Carolina House of Representatives hailing from the 72nd district since 1996. He is respected among his fellow democrats and republicans alike.

In 1996 James Smith enlisted in the United States Army Reserve as a Judge Advocate General's Corps (JAG) officer, and then transferred to the South Carolina Army National Guard in August 1998 assuming the same role. After the terror attacks that took place on September 11, 2001, Smith switched his position to infantry. Smith deployed to Afghanistan in August 2007 to perform his combat duties apart of Operation Enduring Freedom. He received a Bronze Star Medal, Combat Infantryman Badge, and Purple Heart for his leadership during his 12 month tour. He is a current member of the South Carolina Army National Guard. 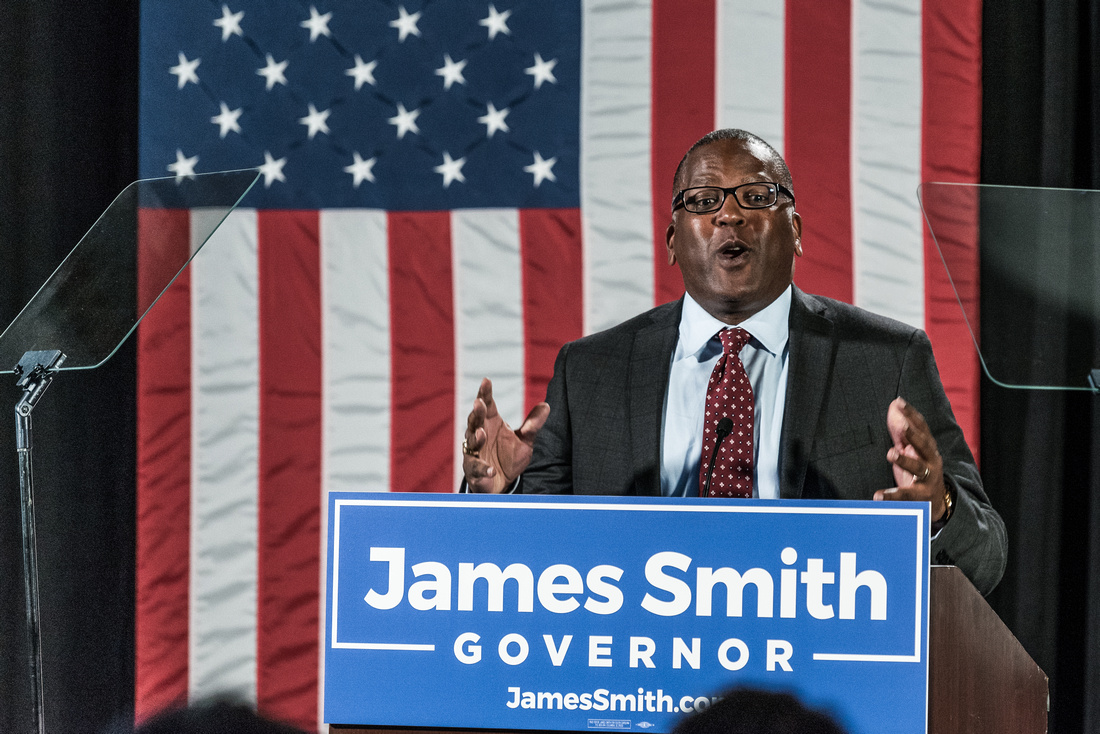 During Smith's campaign kick-off address to the over 500+ in attendance, his voice reverberated throughout the venue garnering cheers, chants and applause. "We need leaders who no longer accept being at the bottom of every list we want to be on top of, and being at the top of every list we want to be on the bottom of." said Smith before the crowd erupted in applause. Smith touched on a variety of subjects such as; government accountability, transparency, affordable healthcare, political corruption, and the struggle of winning as a democrat in a red state. Smith knows that this battle is an uphill battle but he is willing to rise to the challenge because he states that South Carolina deserves better and can be much better.

Before Smith made his way to the podium to speak, kick-off attendees heard words of support and decades of history about Smith from his family members (son, wife) and prominent South Carolina figures. Columbia Mayor Steve Benjamin, SC Rep Mandy Powers Norrell of Lancaster, and the 114th Governor of South Carolina, Jim Hodges (the only Democrat to hold the position in 14 years), all spoke about the importance of coming together throughout party lines to elect an official that would work for the betterment of South Carolina and all of those who call her home.

James Smith is definitely a person that you want to pay attention to throughout his campaign for South Carolina governor. 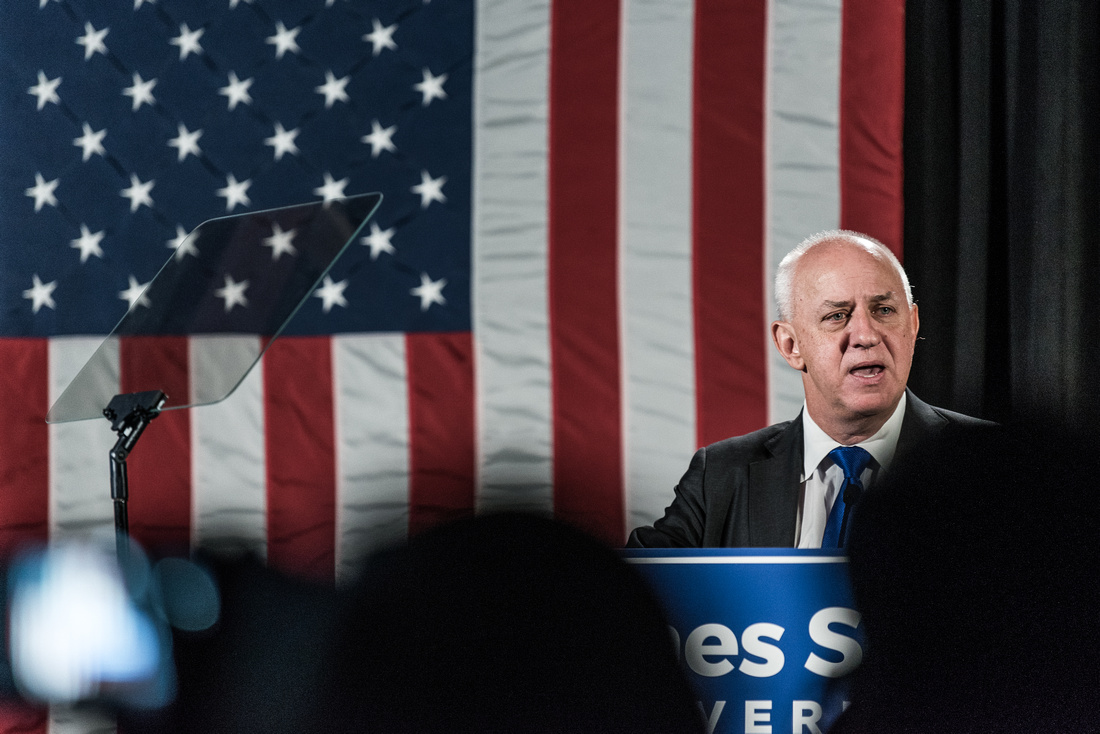 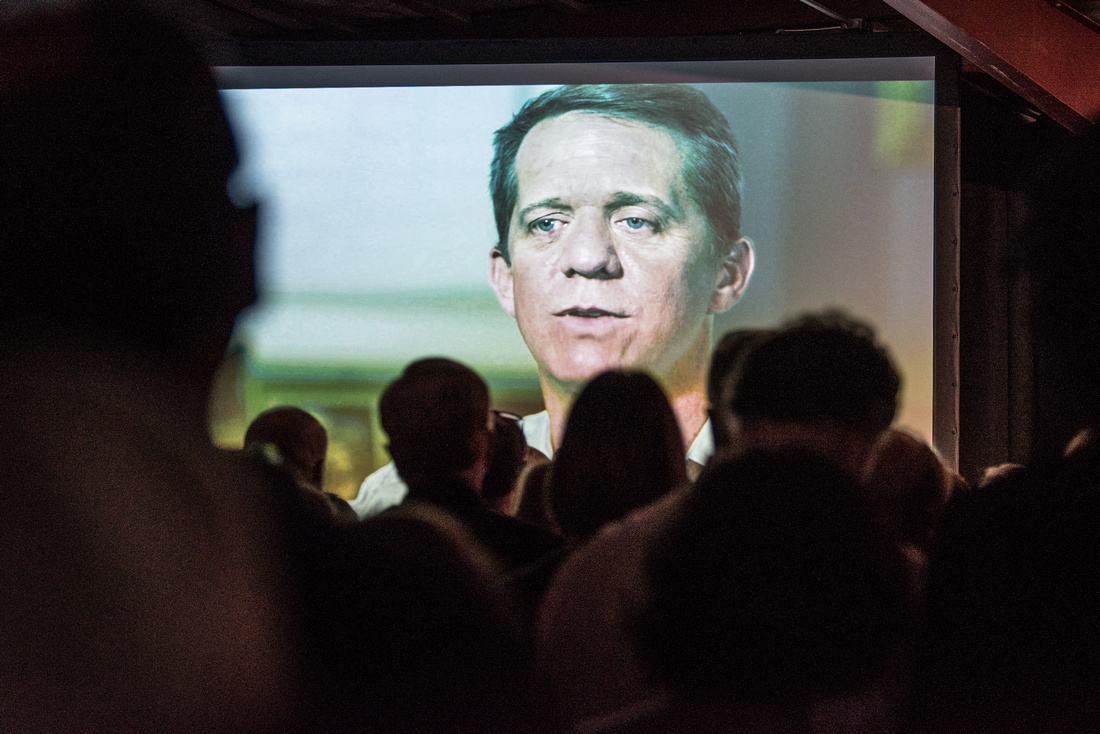 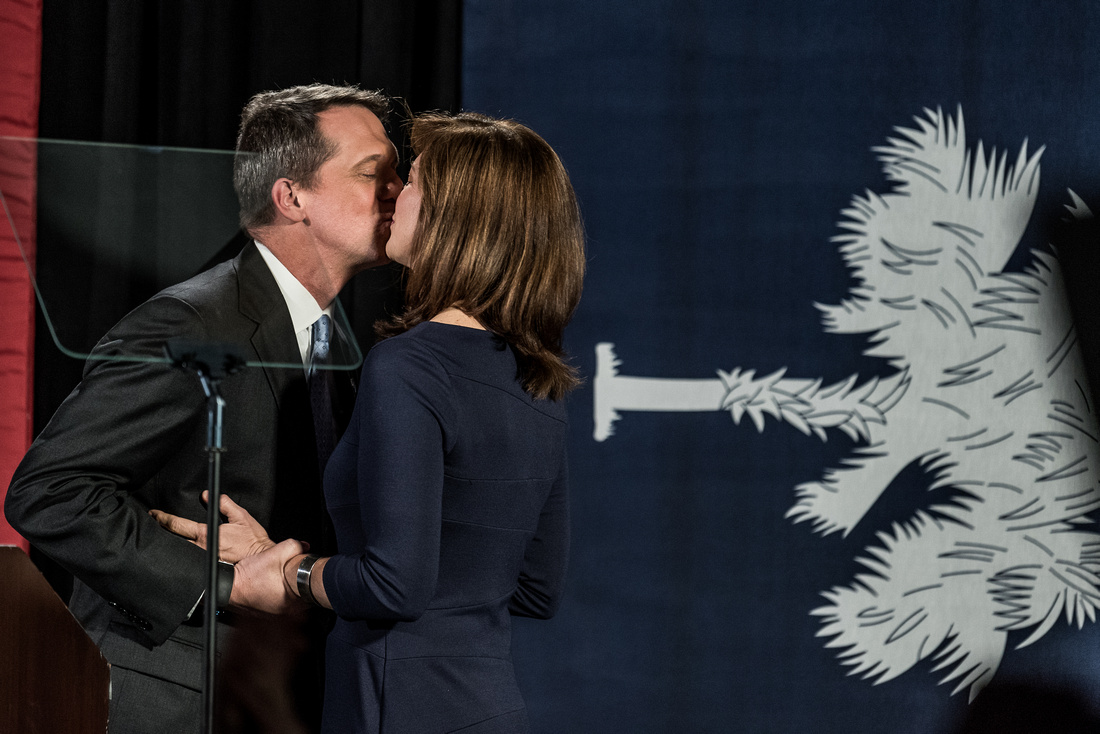 James Smith and wife Kirkland Smith share a kiss as James makes his way to the stage after Kirkland spoke to campaign kick-off attendees about the decades of history that she, and their children shared with Smith. 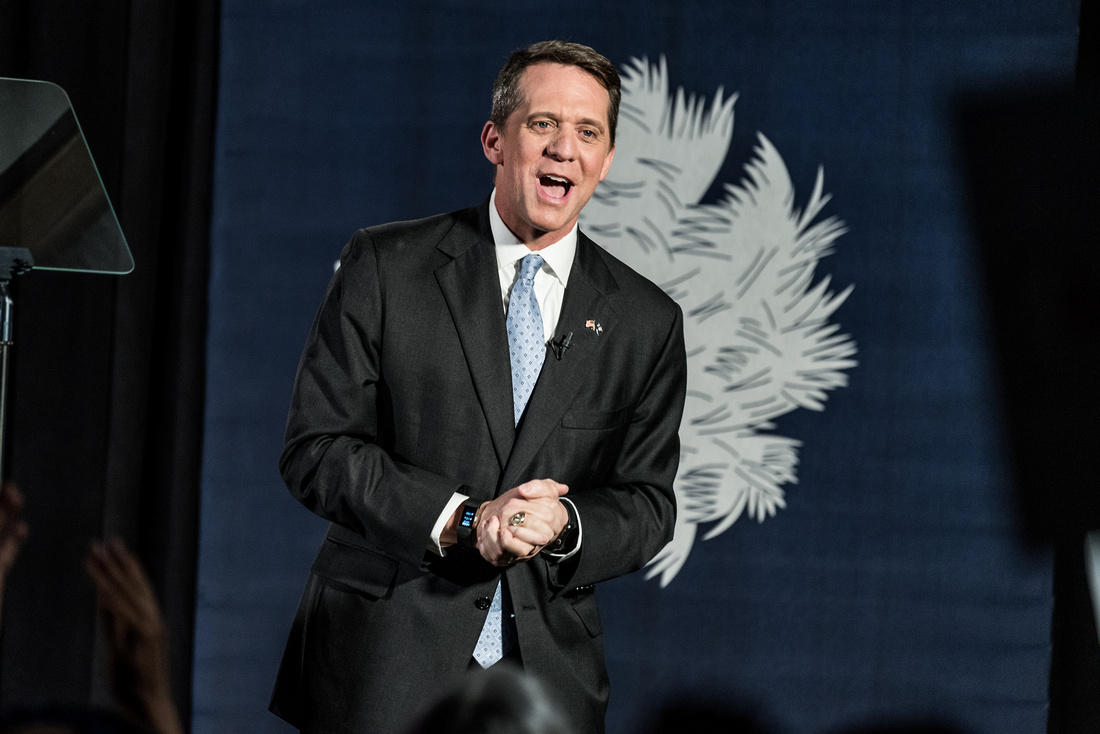 James Smith energetically greets the crowd after stepping on stage during his  campaign kick-off party held in Columbia on October 17, 2017. 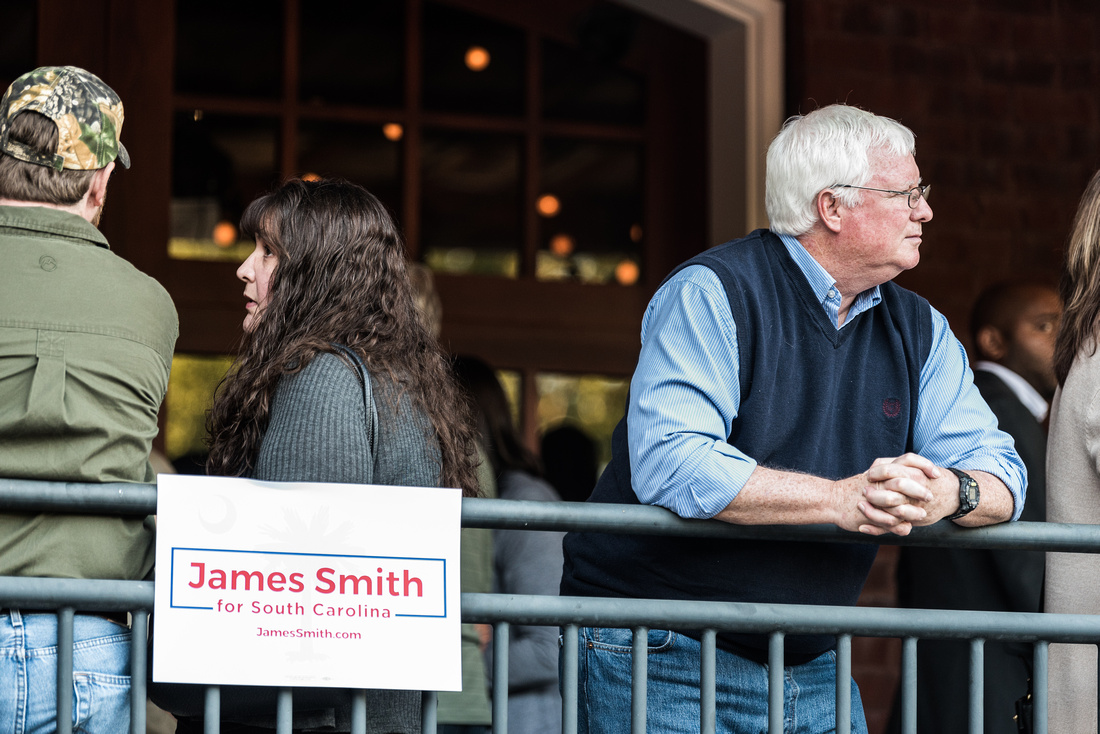 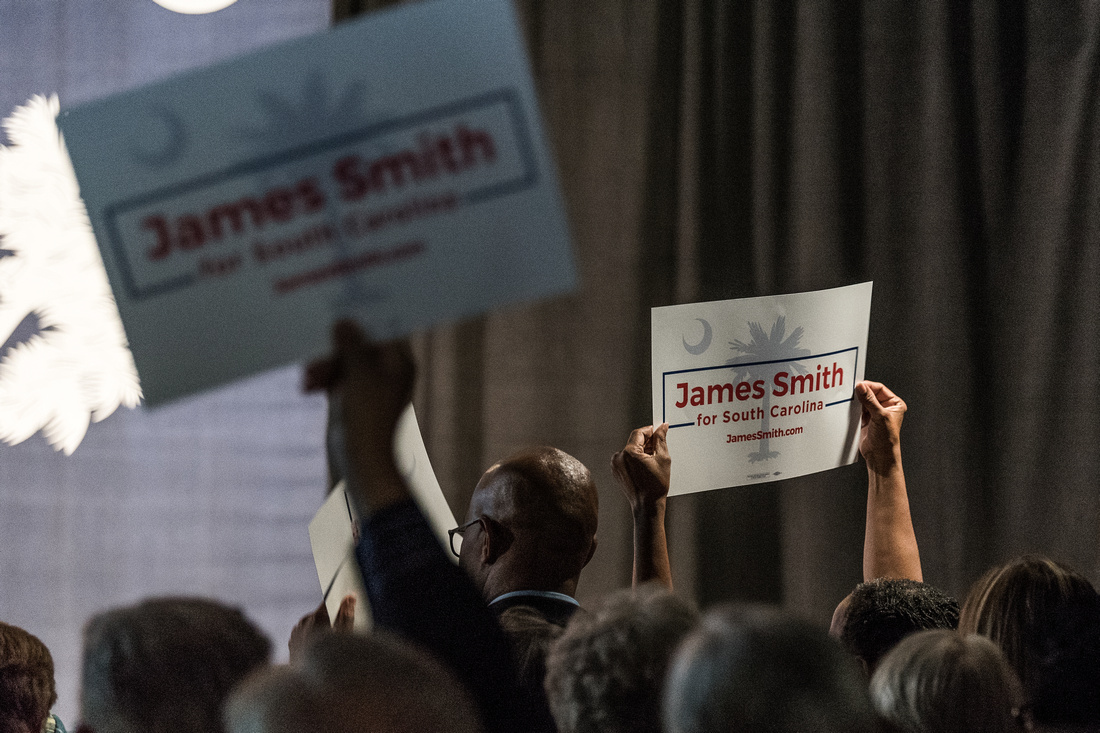 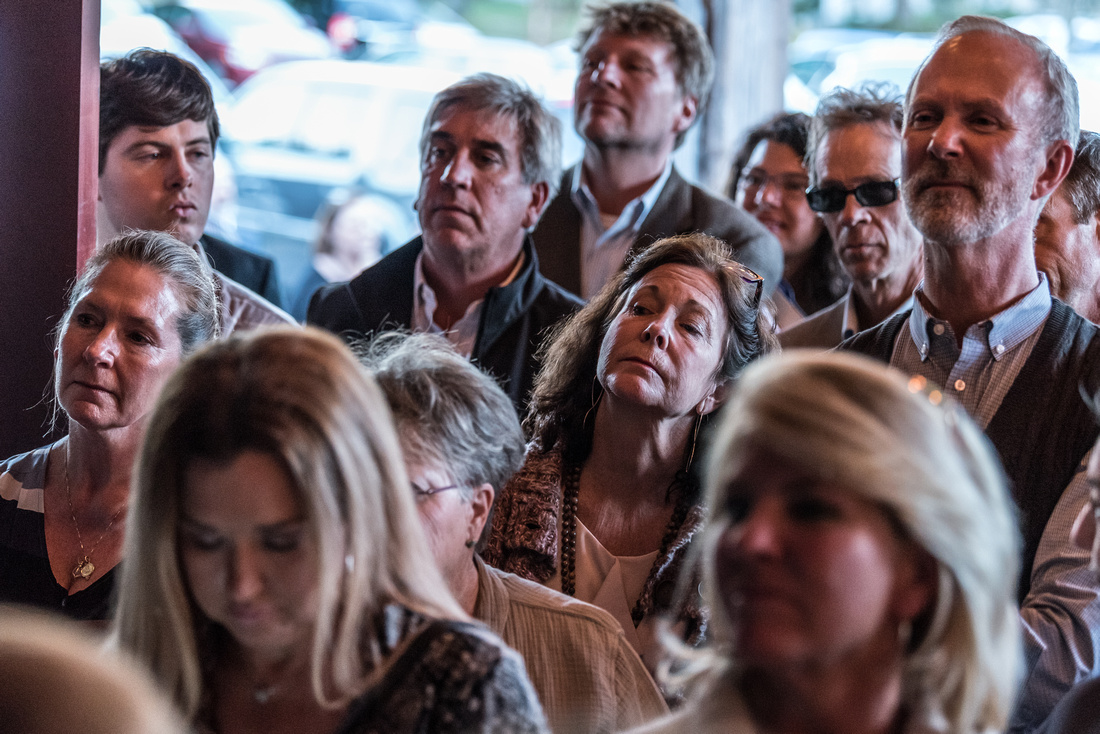 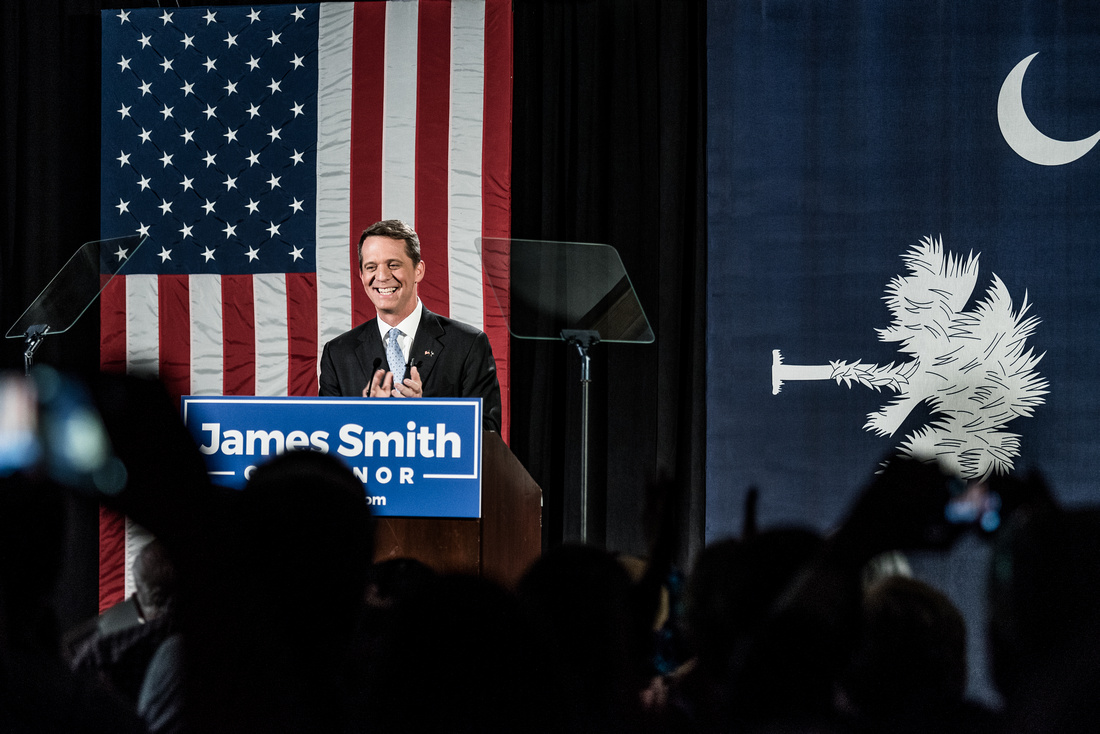 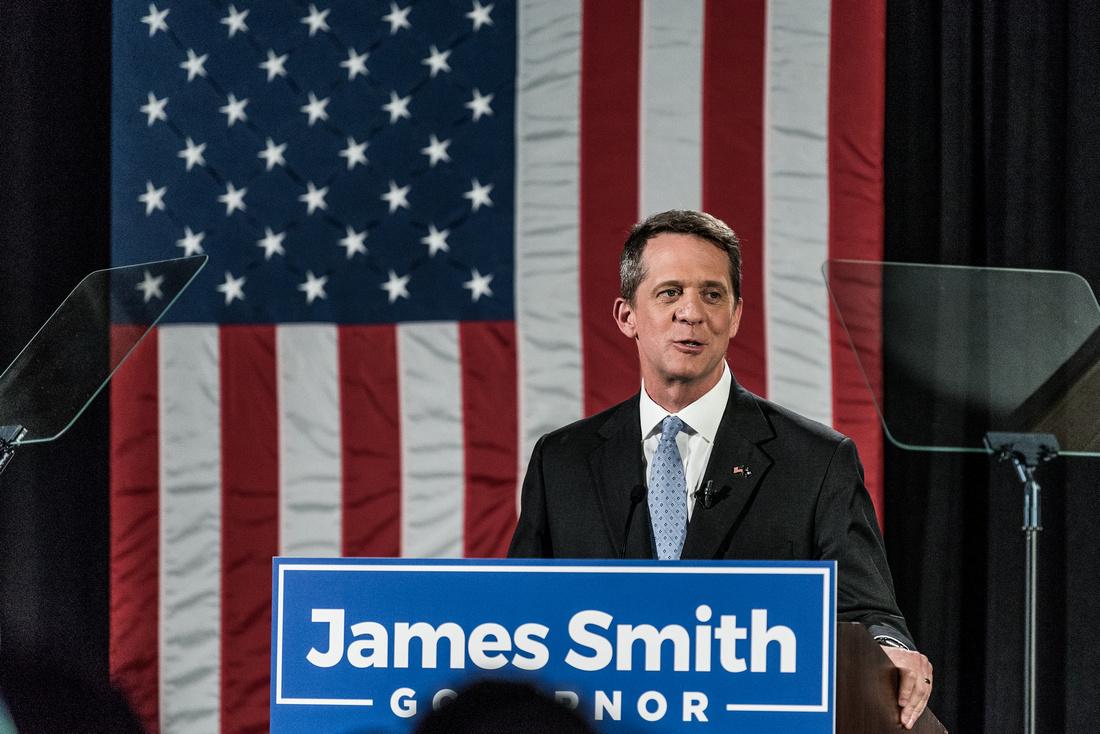 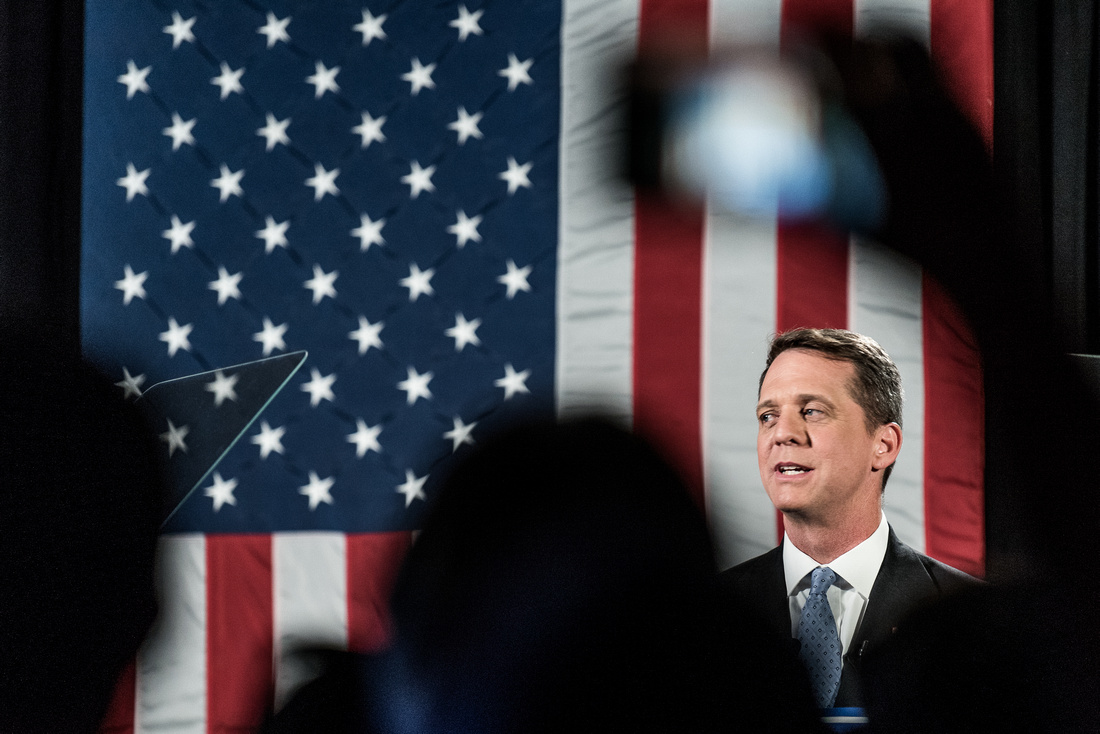 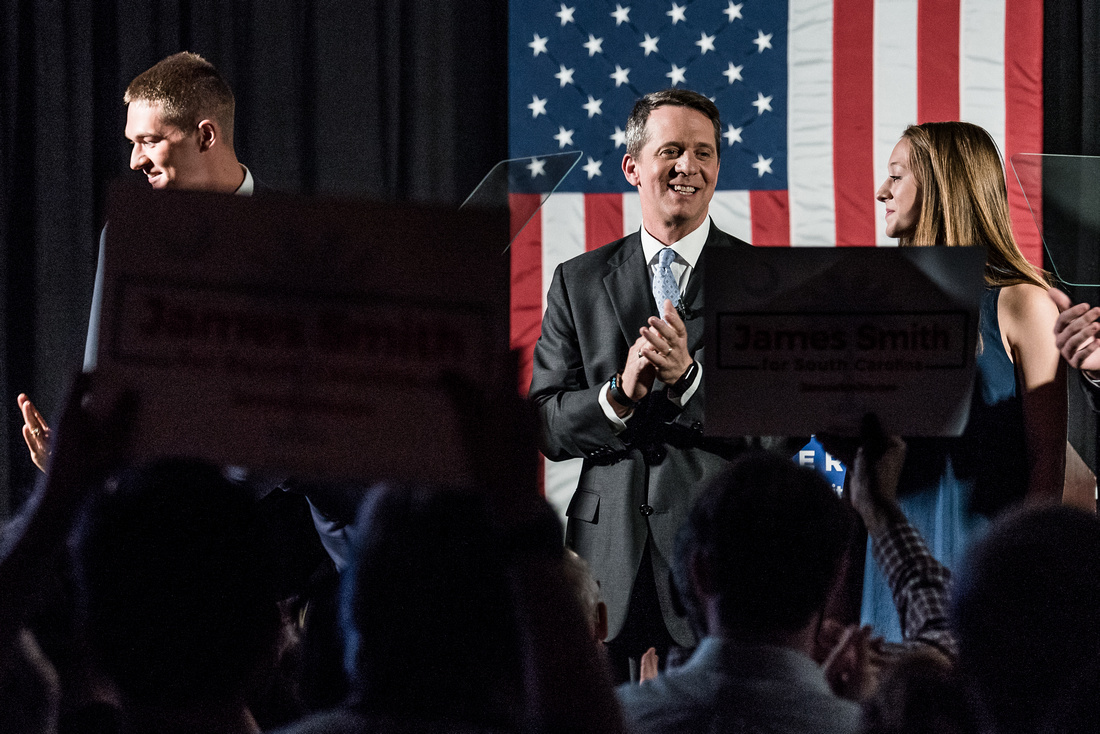 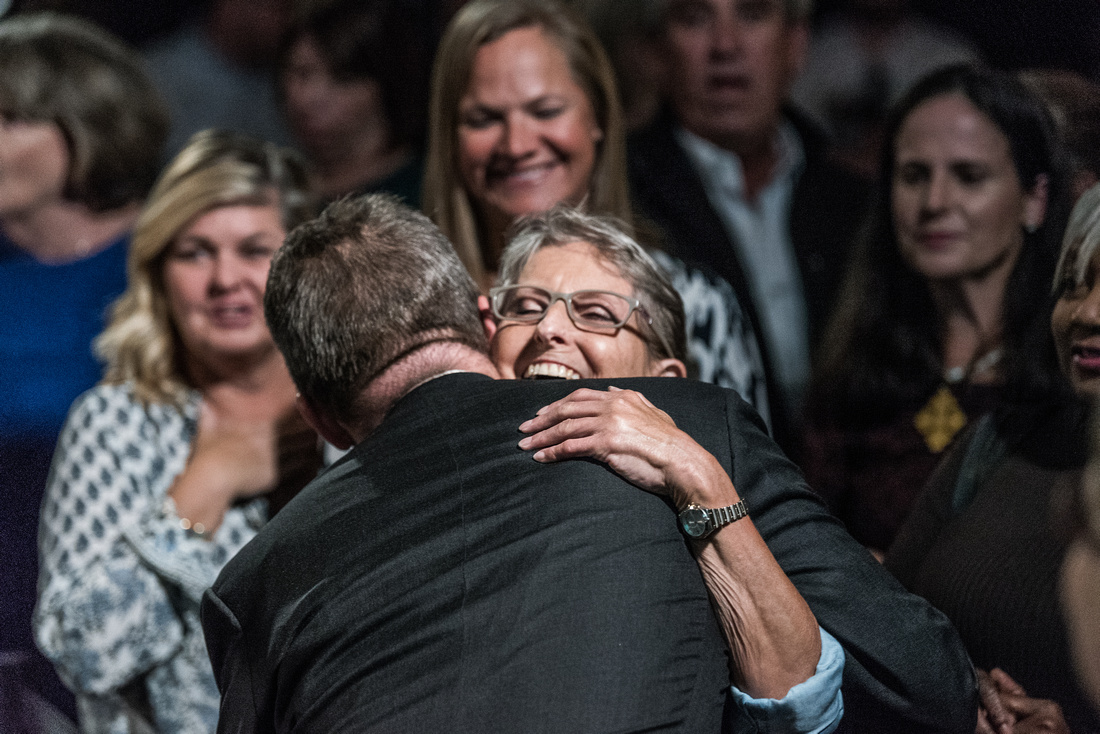 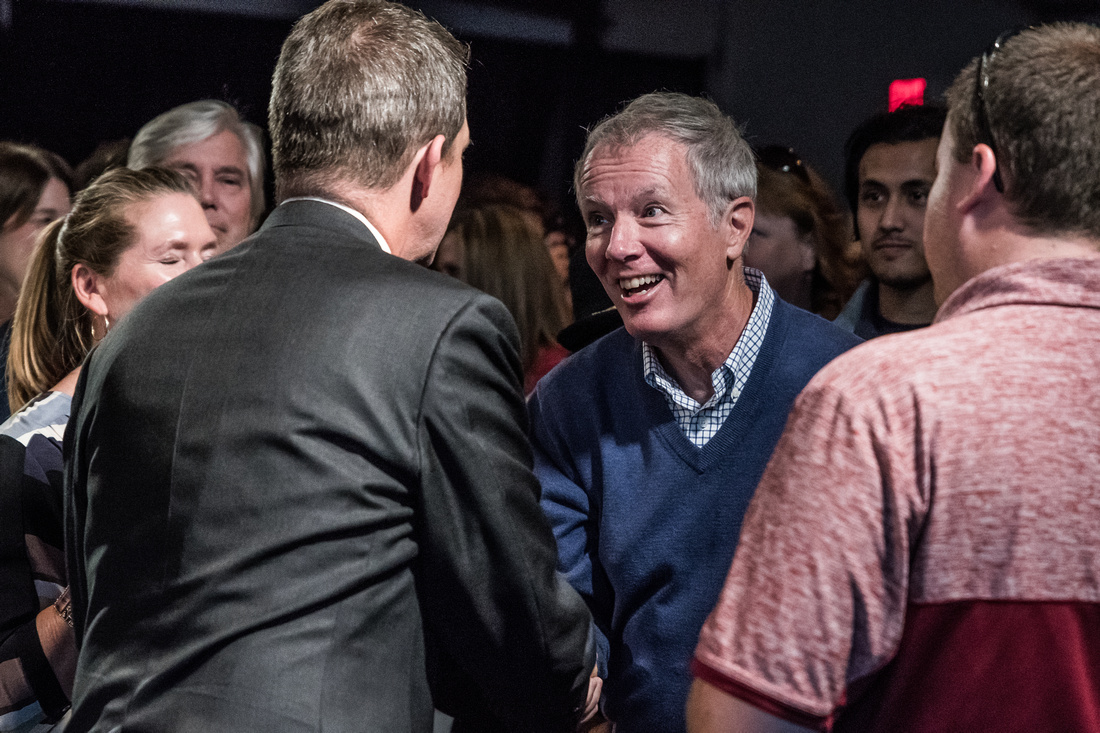 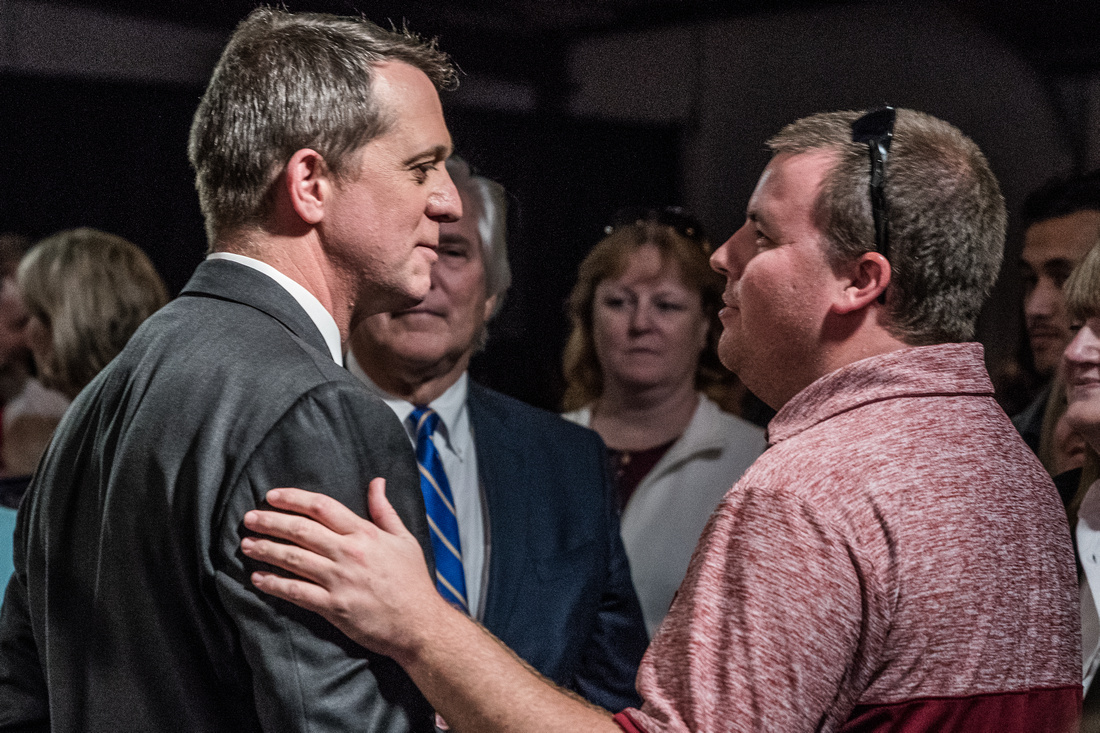 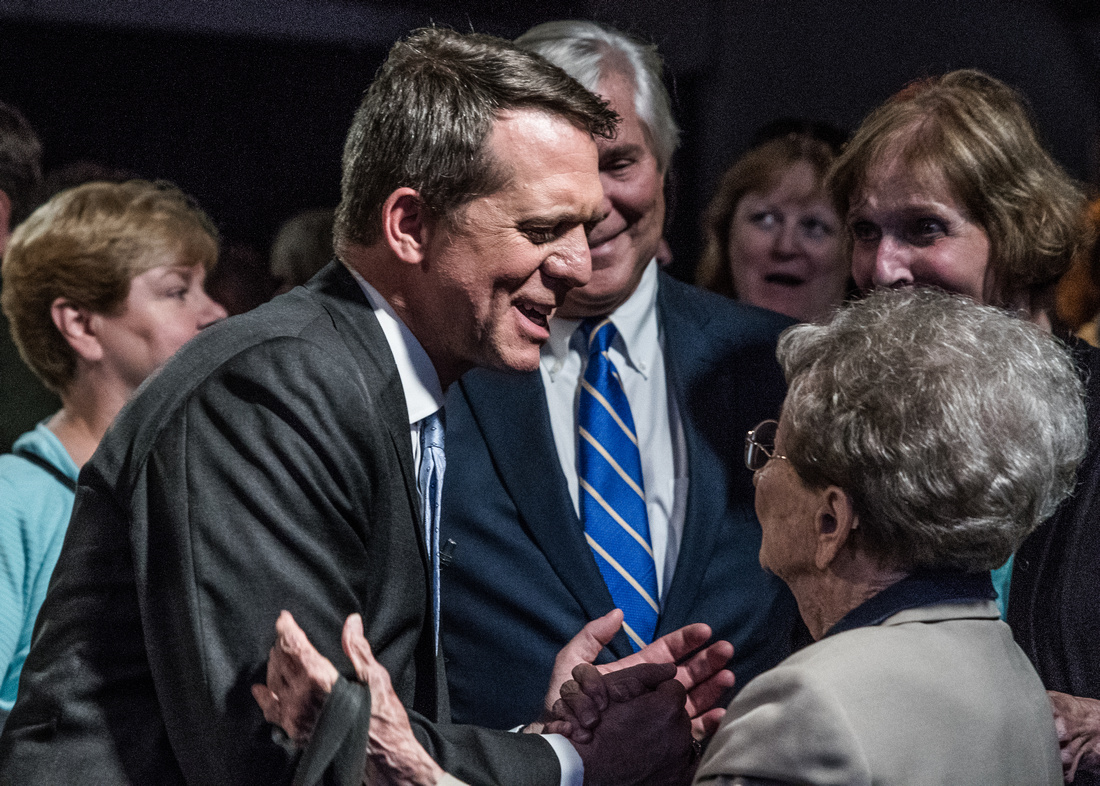 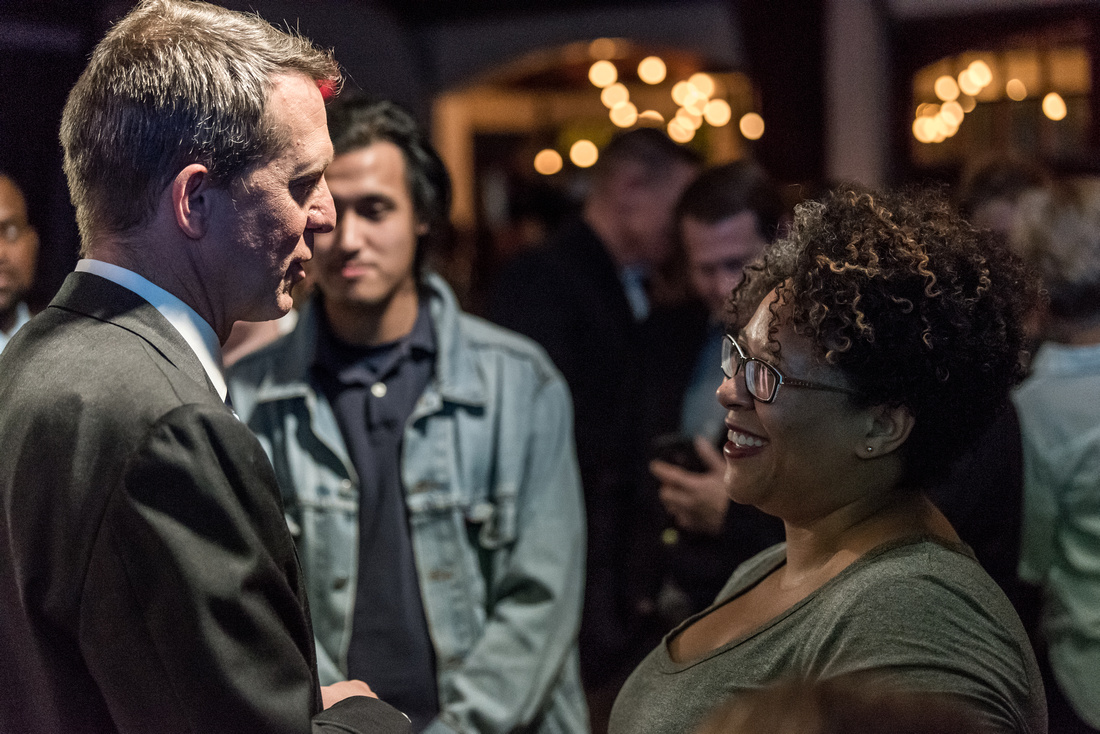 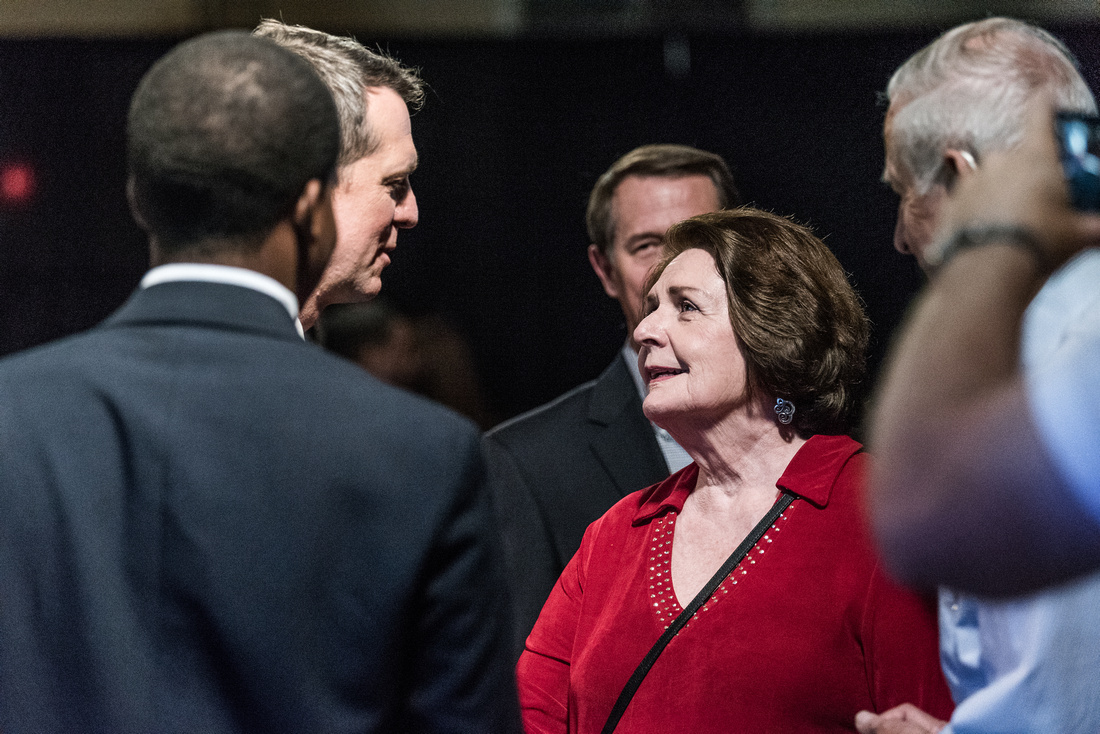 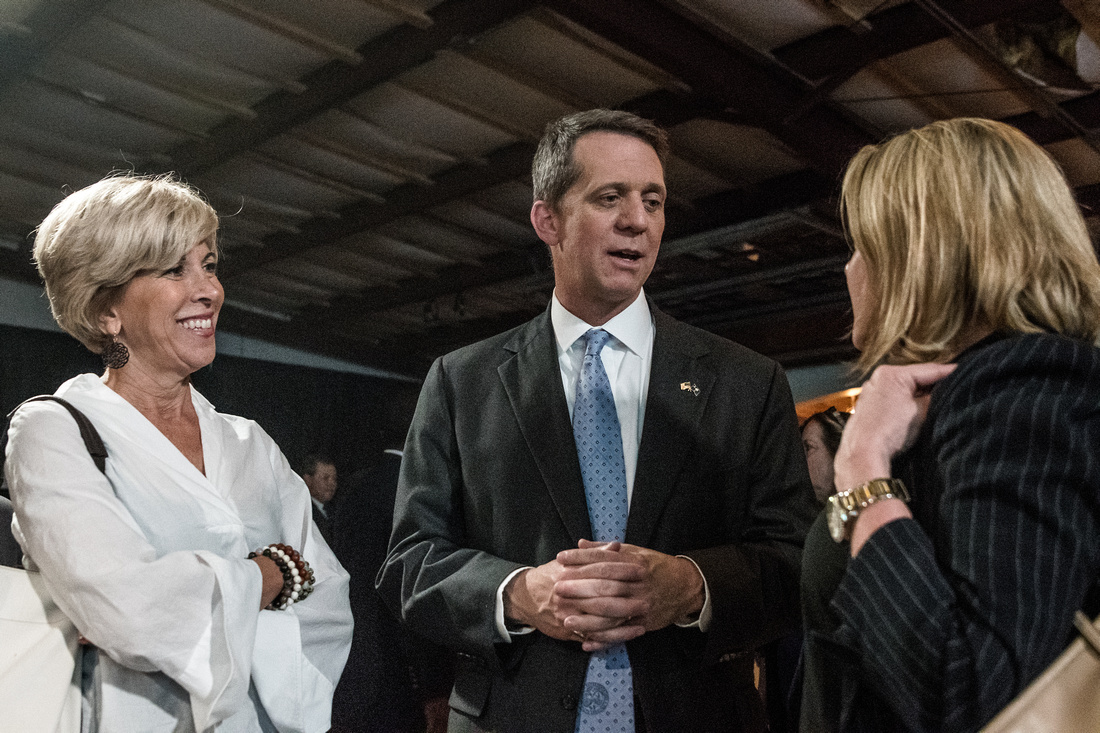