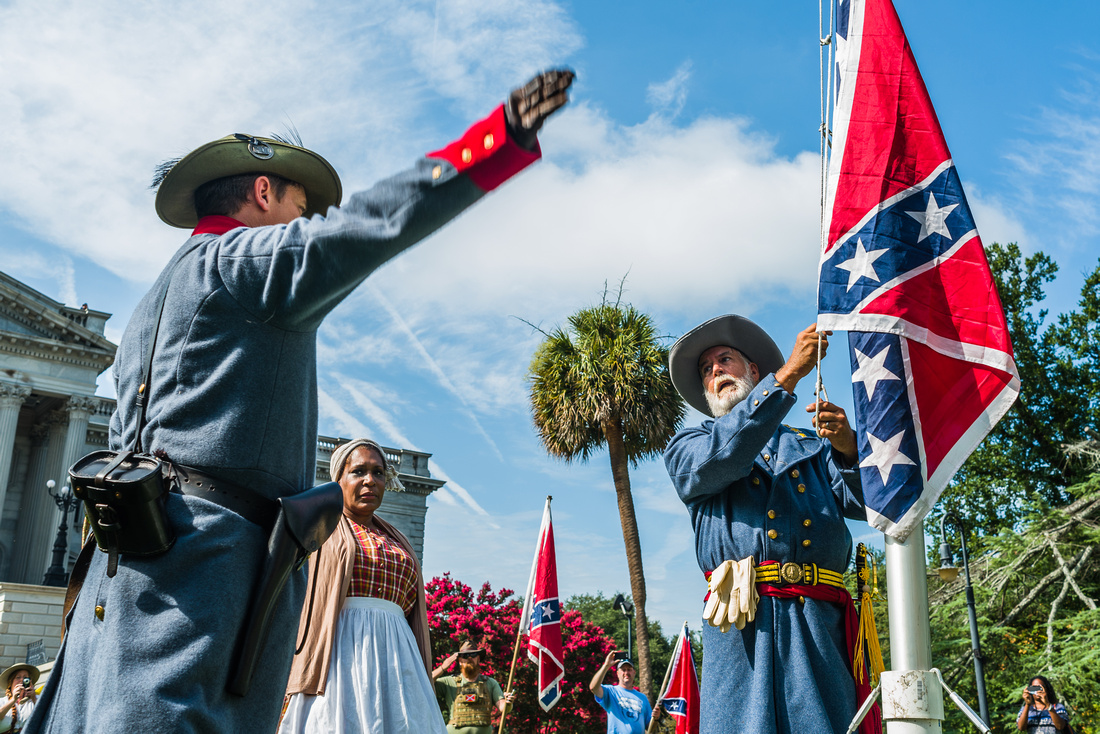 S.C. Secessionist Party member Braxton Spivey of Charleston, South Carolina is joined by a fellow reenactor, and celebrity black Confederate Arlene Barnum, of Stuart, Oklahoma as he raises a Confederate flag up a portable flag pole during the Confederate flag raising event.

On July 10, 2017 the South Carolina Secessionist Party held a confederate flag raising rally on the grounds of the South Carolina State House in protest of the flag being removed in 2015 by 116th S.C. Governor Nikki Haley (R) in response to the Charleston Massacre carried out by Confederate flag sympathizer Dylan Roof. During this rally, various speakers touched on topics such as; southern heritage, confederate history, and distrust for politicians.

Out of all of the speakers that spoke, one speaker in particular stuck out with what would be considered as confusing rhetoric to those not familiar with her. This speaker was none other than Arlene Barnum from Stuart, Oklahoma. 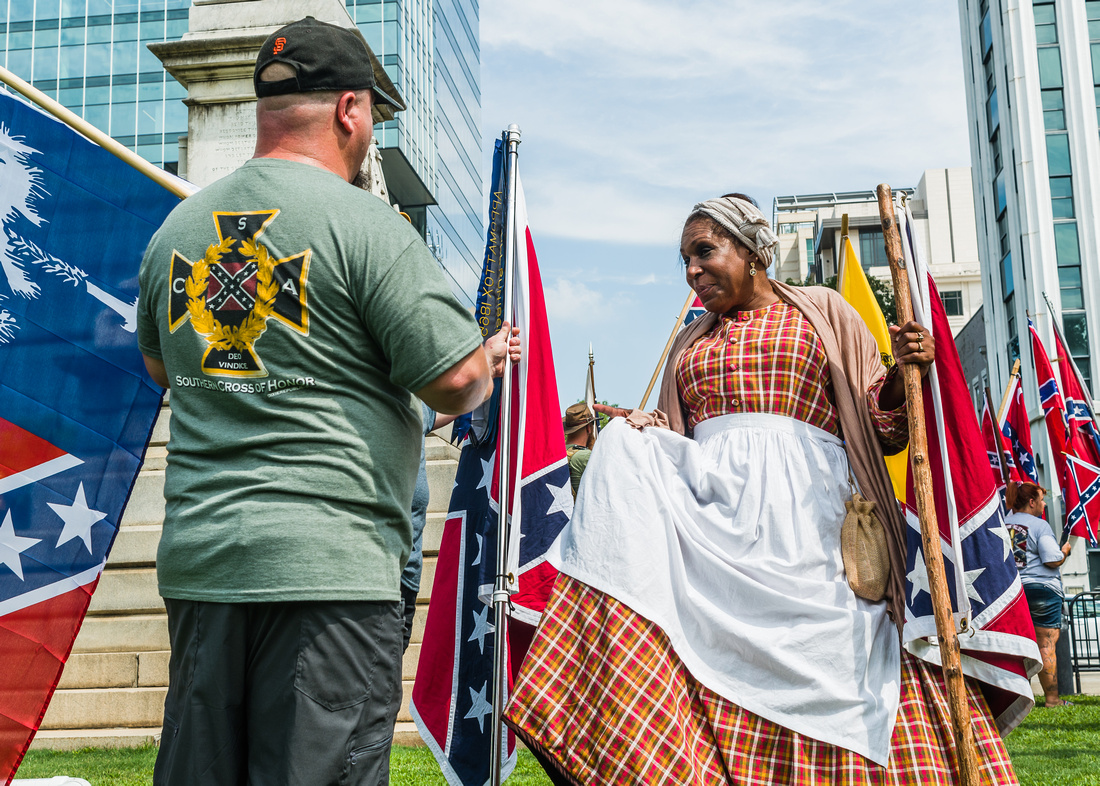 
"Slavery! Slavery! everywhere I go around in South Carolina, slavery hit you in the face!" "Slavery! Slavery! I'm so sick and tired of that damn word Slavery, They need to take it out of the dictionary!" Arlene proclaimed.

To no surprise, her remarks were well received by the crowd eliciting loud cheers and yells. This wasn't the only questionable comment that Barnum made during the rally. After being called black, Barnum responded with "I'm not black I'm colored!". Many counter protesters questioned if she was on payroll due to her questionable commentary and loyalty to a period of history which was rife with white supremacy.

The attendance of both Confederates, and counter protesters were noticeably smaller this year. One could only hope that eventually, this conflict and the Confederate flag will be gone forever from the South Carolina State House Grounds. 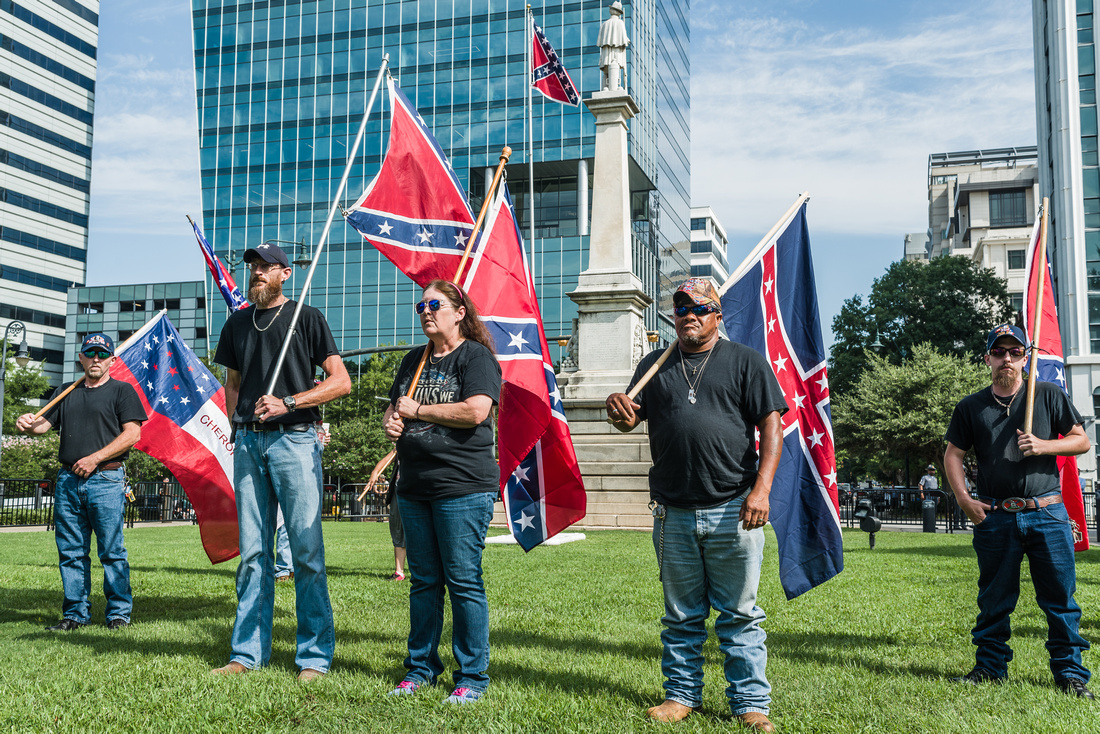 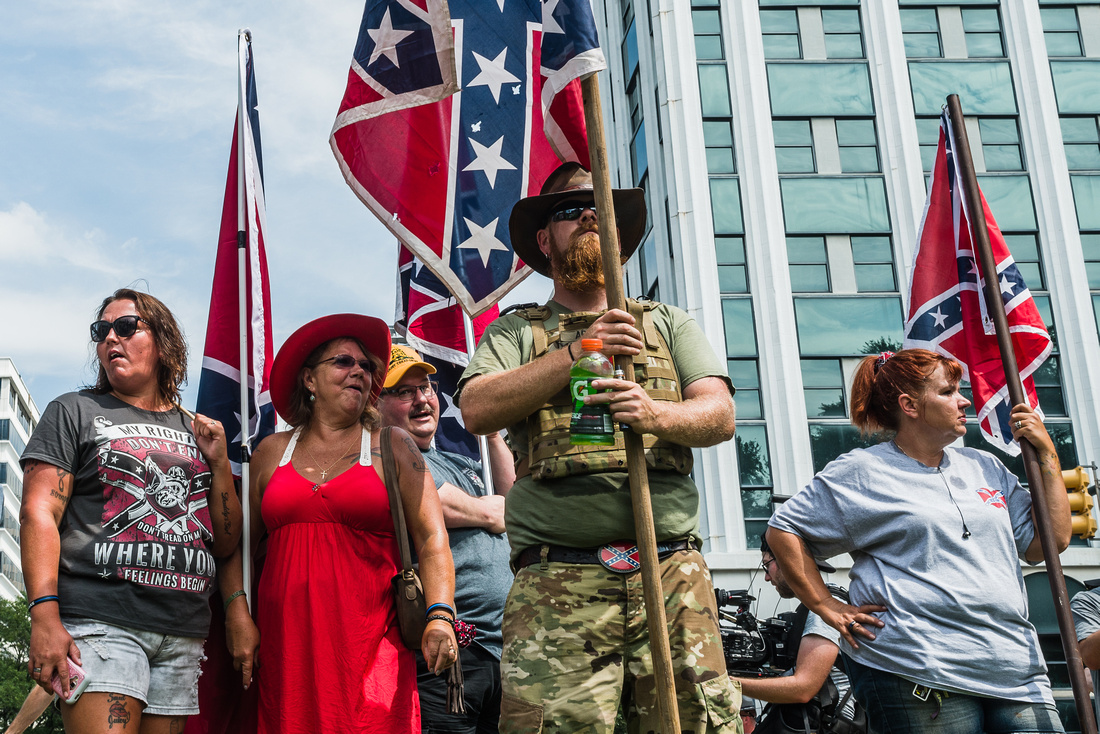 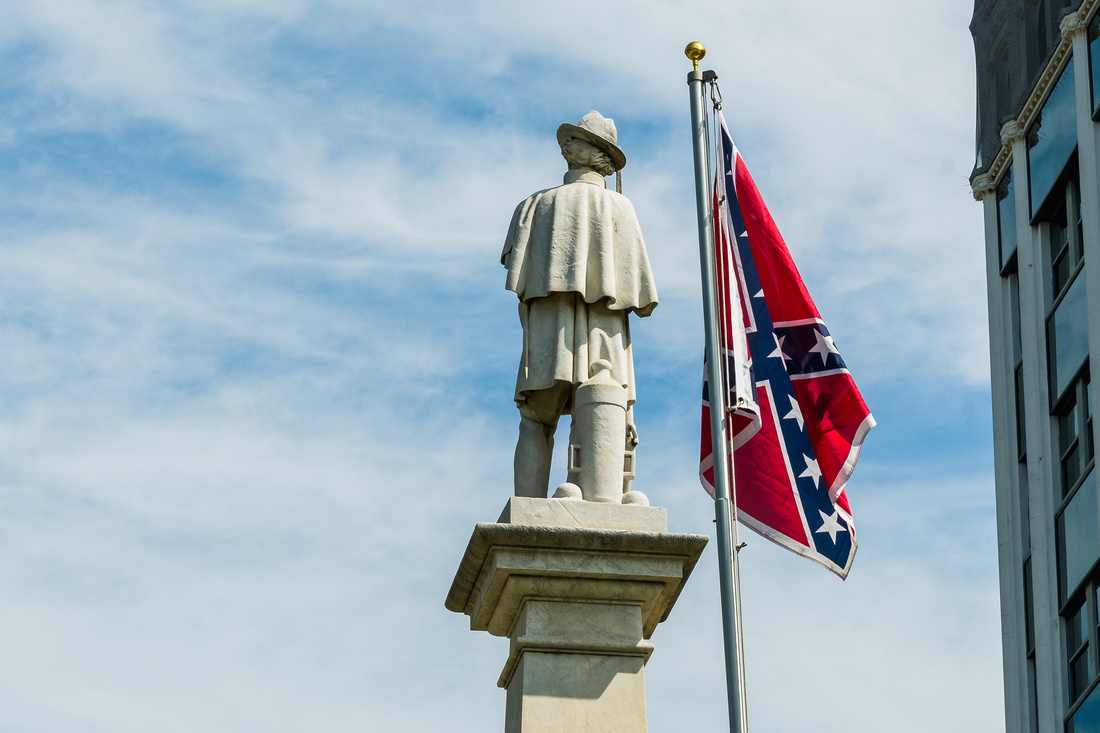 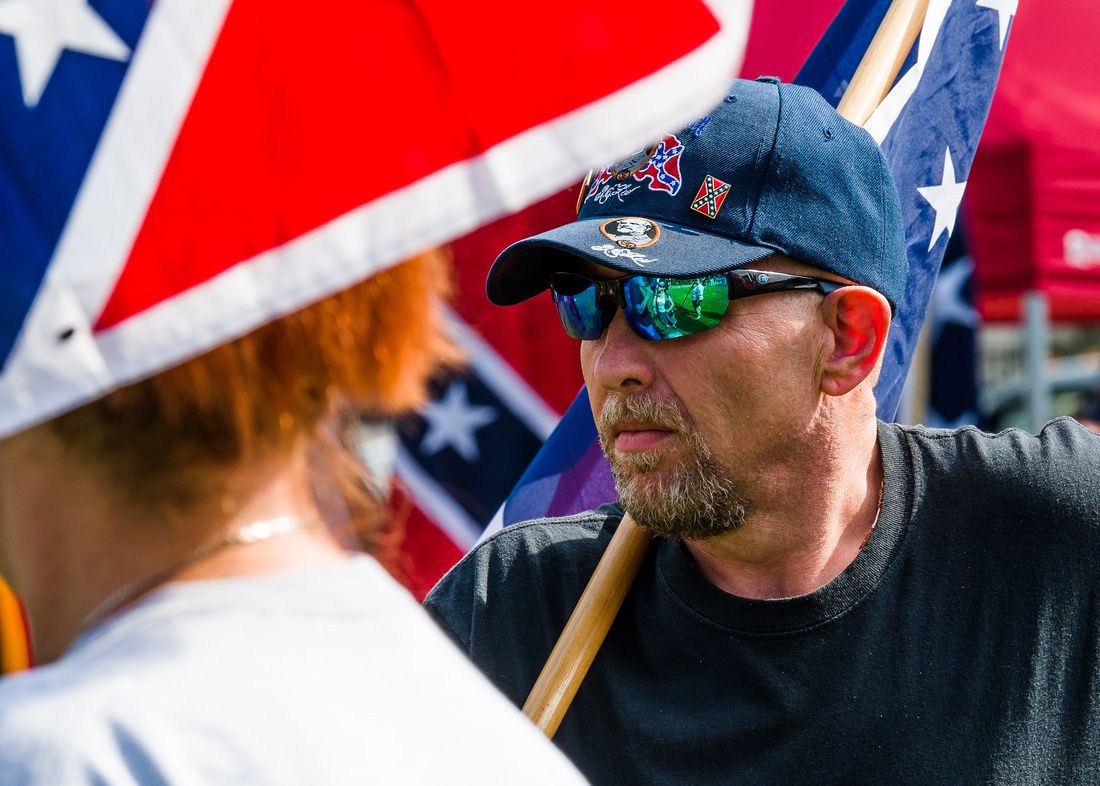 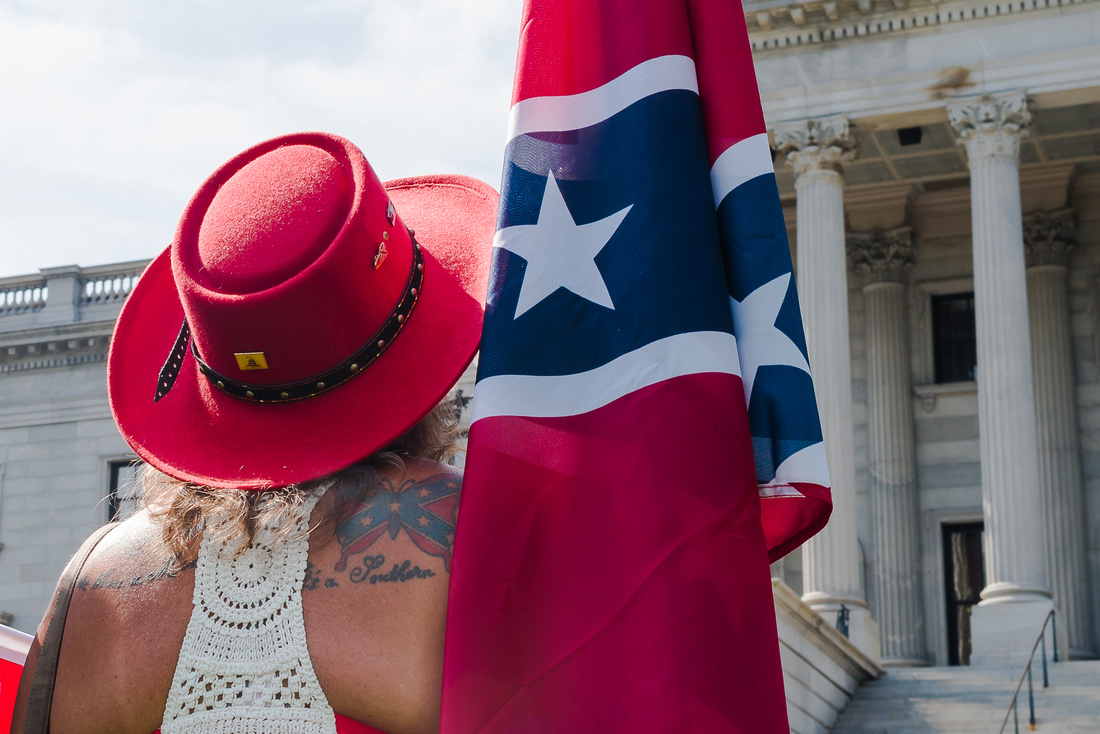 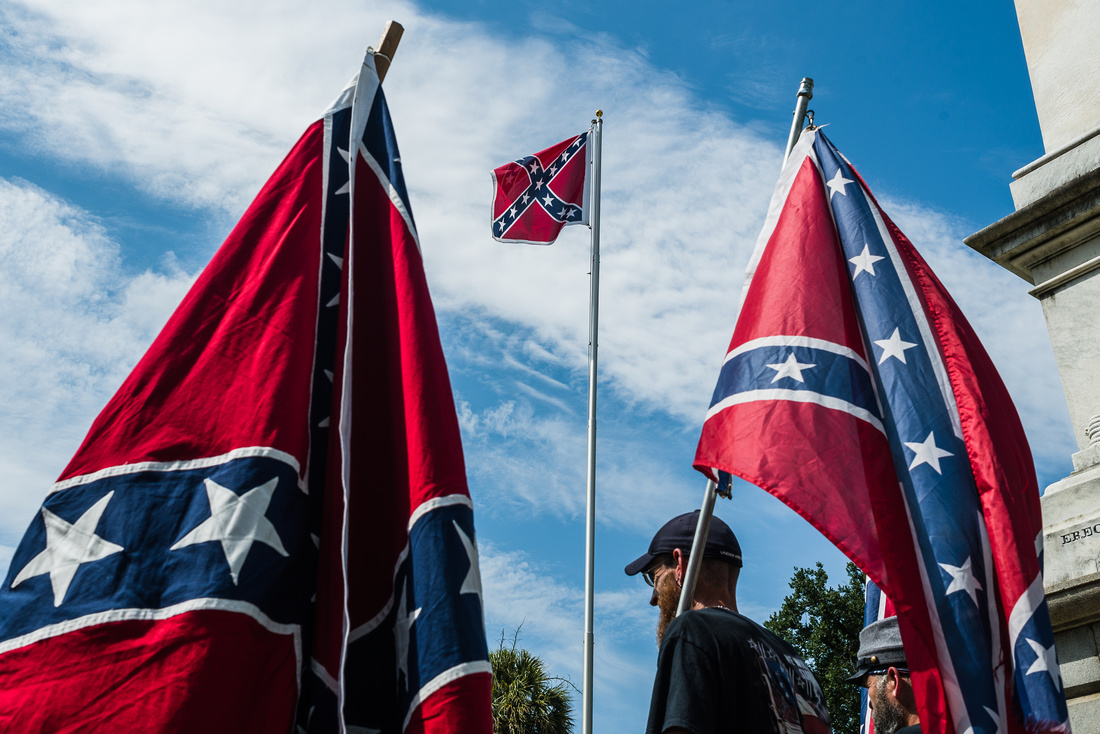 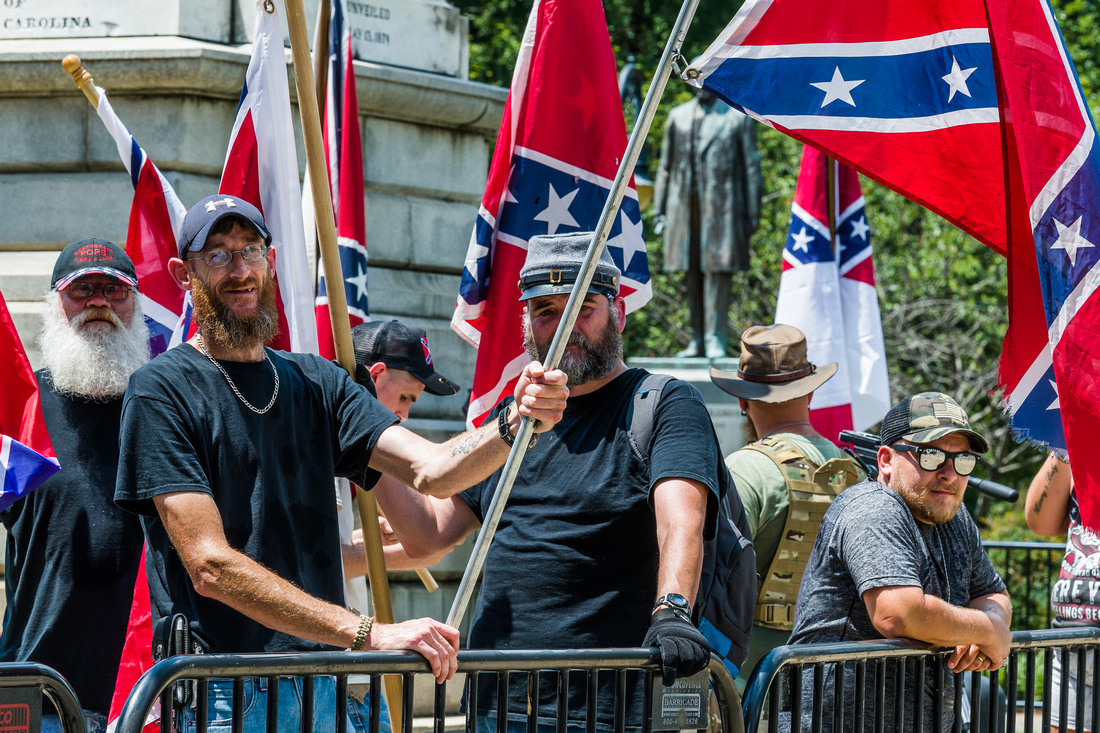 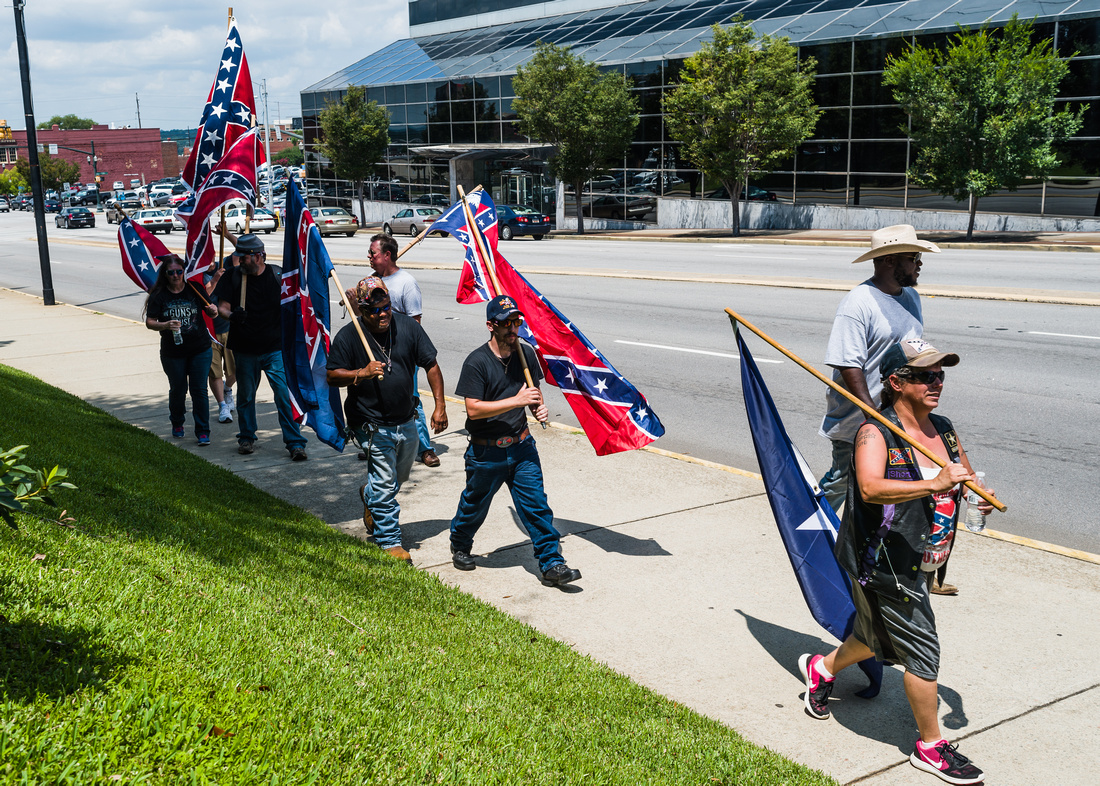 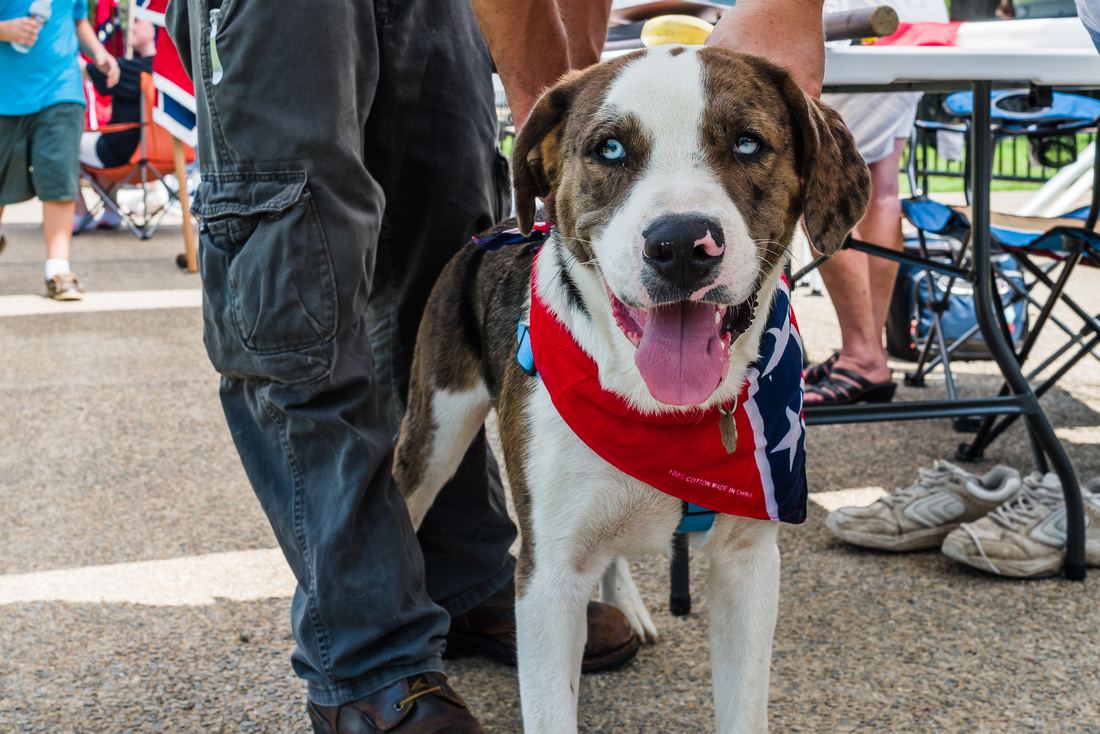 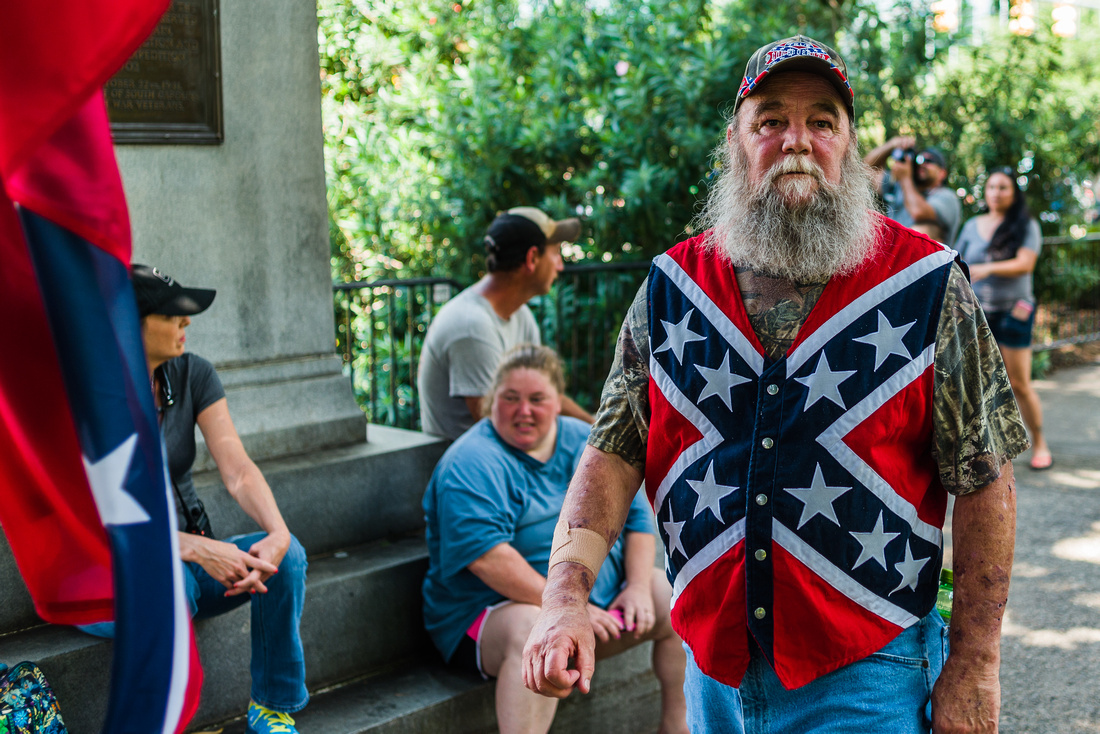 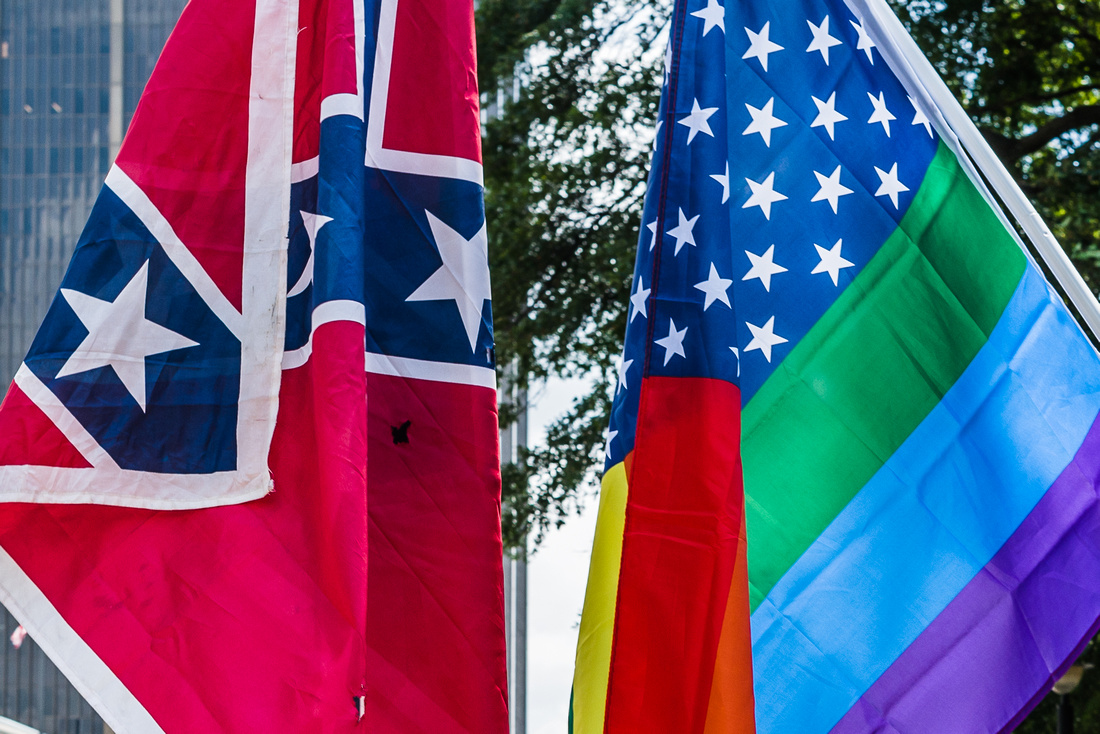 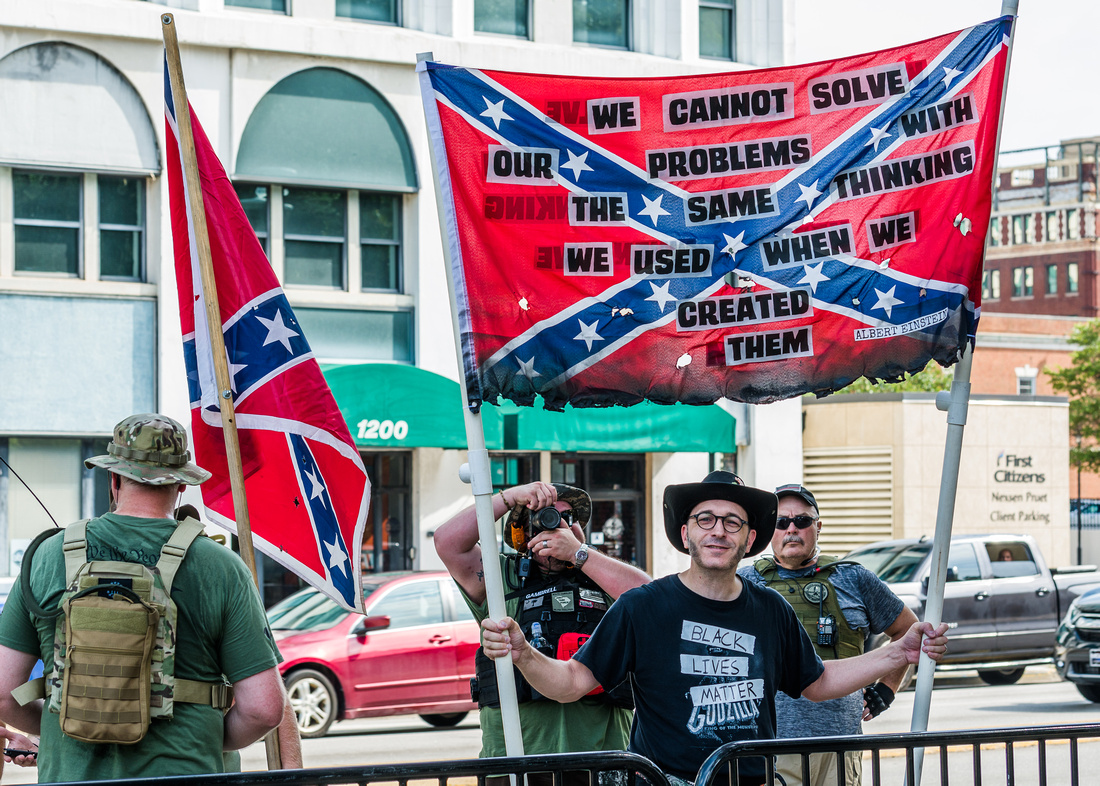 Free vpn In 2021(non-registered)
I have read all the paragraphs that you have written in your post. I am glad to see your love for your country.
best full coverage makeup for oily skin(non-registered)
It is really not good that slavery has been seen around south.
fishy(non-registered)
Are you looking for a VPN with great services? if yes then you are just one step from it. All you have to do is click on this http://www.vpnblade.com/deals/veepn-coupon-code/ that will make you able to buy a one of the best VPN services with some amazing discounted offers.
Kelly Mendez(non-registered)
May America Stay Great
sadidne(non-registered)
This blog has been sharing us effective methods on honor them with action and remembering the forty nine victims here. Thanks to http://topcvwritersuk.com/resumesplanet-review/ for updating and sharing us useful writing methods and great resume reviews.
No comments posted.
Loading...
Subscribe
RSS
Recent Posts
Photos: The World is Beautiful When You Go A Little Farther South Carolina Is Under A "State of Emergency" Due to Hurricane Florence. What's Next? Photos: Still Not Quite Yet Over It, SC Secessionist Raise Confederate Flag Again... Beach City Beach, Beach Beach City Beach, SodaCity Made a Beach In Your City Beach Faces of Soda City - Isaac Coakley James Smith Off To Strong Start After Packing Venue During Campaign Kick-Off Unveiling Columbia's Civil Rights History, Two Historic Markers Installed in Downtown Columbia Bring Ye All Thy Tickets! The S.C. State Fair Is Back In Town The Inevitable Rise and Razing of Gonzales Gardens: Thank You For Your Service Park it Like It's Famously Hot: Columbia Creatives Celebrate PARK(ing) DAY.
Keywords
South Carolina Crush Rush photographer Columbia S.C. photojournalist sodacity fun music history family
Archive
January February March April May June July August September October November December
©2019 CrushRush Photography LLC
User Agreement
Cancel
Continue